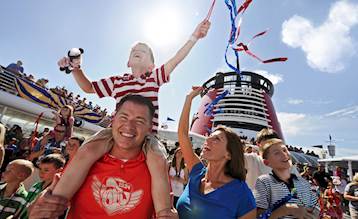 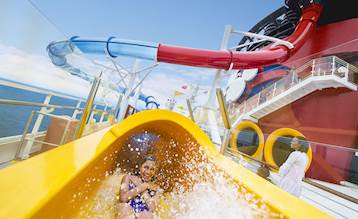 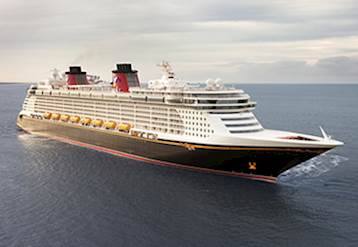 Disney Cruise Line is known for its magical onboard experience - including Broadway-style entertainment, character meet and greet, and delicious dining.

But it’s not just what’s on-board that is amazing.  Disney Cruise Line sails to some of the most incredible destinations in Europe. Right now, the Disney Magic is in Europe making her way around some of Europe’s best-loved cities and ports of call. Here are just five itineraries that are available in Europe on-board the Disney Magic.

First off, we have a mini-cruise that will take you to some of Western Europe’s most famous cities. Depart from Dover and visit Amsterdam in the Netherlands, Bruges in Belgium and Le Havre, aka Paris, in France!

We’re heading to the Western Mediterranean now for a cruise around Spain, Portugal and France. Stops include Stonehenge, Barcelona, Vigo, Cartagena, Lisbon and Dover. You’ll also enjoy two days at sea to indulge in all the on-board activities.

Explore some of the world’s most important historical sights on this Eastern Mediterranean cruise. Ports of call include Mykonos, Rome, Katakolon, Naples, Santorini, and Dubrovnik.

The breath-taking Norwegian Fjords and dreamlike Iceland need to be on everyone’s bucket list. On this 10-night itinerary, you’ll stop by Akureyri, Copenhagen, Stavanger, Reykjavik, and Bergen – as well as Dover and Orkney.

Step on-board the Disney Magic in Dover and make your way towards the Baltic Sea for a multi-stop adventure. You’ll stop by an incredible selection of ports, including Stockholm, Tallinn, St. Petersburg, and Copenhagen. You’ll also enjoy three days at sea, where you can treat yourself to the onboard entertainment that the Disney Cruise Line is famed for.

Which European itinerary with the Disney Cruise Line will you be sailing on?