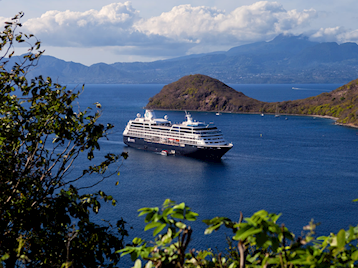 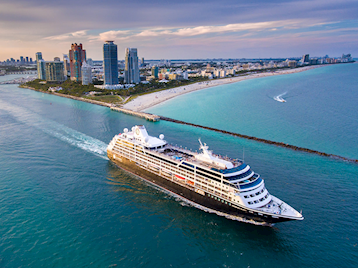 Azamara Club Cruises has unveiled 15 brand new signature AzAmazing Evenings. This boutique, up-market cruise line is a trailblazer in Destination Immersion experiences designed to connect guests to the local culture of a destination. Many cruises offer overnight stays in port as well as docking at smaller, less-travelled destinations. Exclusive to the cruise line, AzAmazing Evenings are unique to each location and feature local talent and performances. In many occasions these are hosted in historic venues such as The Odeon of Ancient Ephesus in Turkey and The Solìs Theatre in Uruguay. AzAmazing Evenings are complimentary and are offered once per voyage of seven-nights or more, with the exception of transatlantic voyages.

For as long as cruising has been fashionable it’s been a generally accepted rule that ships arrive in port around breakfast time and sail away before the sun sets. Breaking the mould with their innovative concept of ‘Destination Immersion’, Azamara Club Cruises have been at the forefront of making the most of the time their three ships spend in port and have come up with a range of concepts that truly sets it apart.

“Committed to our award-winning Destination Immersion programming, we are constantly looking for new and enhanced experiences ashore to deliver authentic travel moments to our guests, while immersing them with the local culture, food, and people,” said Larry Pimentel, President and CEO of Azamara Club Cruises.

Highlights from the new AzAmazing Evenings include: a 10-night ‘Greece Intensive Voyage’ departing on 19 June 2019; and a Traditional Korean Performance at Busan Culture Centre on a 14-night ‘Circle Japan Intensive Voyage’ setting sail on 21 August 2019.

The Musical Tribute to the Knights of Rhodes delves into knighthood through a musical journey at the historic, colossal Grand Master’s Palace - a palatial structure originally built in the 7th century as a Byzantine Citadel and held by the Crusaders. Azamara guests will explore the site’s towers, walls and torch-lit hallways, eventually becoming audience members of a musical tribute to the Knights of Rome performed by a four-piece classical orchestra with tenor and soprano.