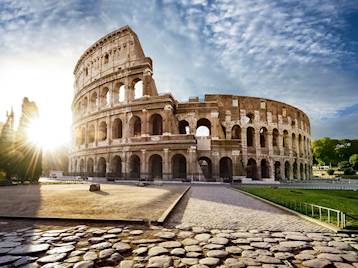 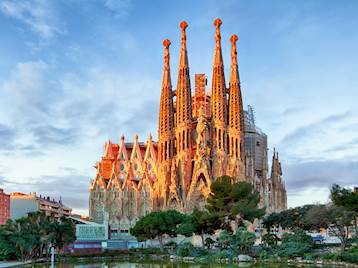 Celebrity Cruises’ transformative flagship, Celebrity Edge, is making its European debut in May, sailing from Southampton to the Mediterranean, following its hugely successful inaugural season in the Caribbean. The 2,918-guest Celebrity Edge is transforming holidays at sea for its guests embarking on a range of seven- to 11-night sailings from the iconic cities of Barcelona and Rome.

On board there are five complimentary dining options. Eschewing the traditional main dining room, Celebrity Edge offers diners a choice of four boutique restaurants with menus created by Celebrity Cruises’ Michelin-starred executive chef, Cornelius Gallagher. These include Normandie (French); Cosmopolitan (modern American); Cyprus (Mediterranean); and Tuscan (Italian). In addition the Ocean Grill offers a globally inspired feast of options in bright and modern surroundings. For a supplement, Le Petit Chef is a multimedia dining experience where the eponymous Petit Chef (projected onto your table) builds meals before your eyes. This is in addition to a host of other speciality dining options.

Eden is a transformative space, inspired by the Garden of Eden, changing throughout the day. From a chilled out space to relax with yoga and a good book, the venue becomes a playful space to grab a quick bite in the afternoon. In the evening Eden becomes sinful and decadent, with live aerial performances, mind-bending food and a cocktail bar incorporating botanicals from the 18-ft library of plants behind the bar.

The Resort Deck features private cabanas with views across the ocean, swimming pool, running track and three-deck-high martini glass Jacuzzis, the crowning glory is the rooftop garden, tended to by a dedicated botanist, with live music performances and full sized cinema screen.

The new Edge Stateroom with Infinite Veranda turns guest accommodation into a seamless space, from the room's door all the way to the water’s edge. The simple touch of a button gives open-air access to the sea, bringing the outside in and the inside out. With the touch of another button, guests can take complete control of their stateroom and personalise everything from lighting, shades, temperature and service – even choosing a setting to tuck them in or gently wake them. The design adds 23% more square footage and 10% larger bathrooms than Celebrity Cruises’ Solstice Class.