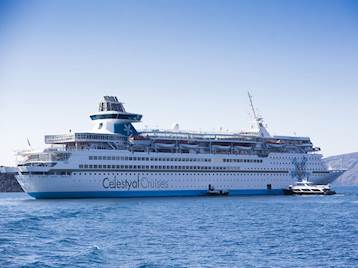 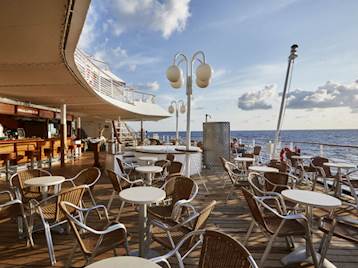 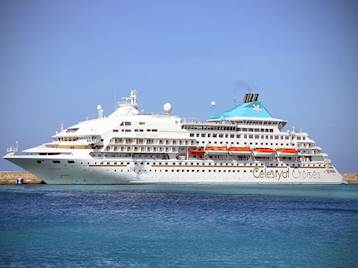 Celestyal Cruises, the recent incarnation of Cypriot-owned Louis Cruises, made its debut in 2015. The line specializes in Eastern Mediterranean itineraries, having been established as Louise Cruises which for two decades offered affordable cruises to the Greek Islands and Turkey. The fleet of three ships Celestyal Olympia, Celestyal Crystal and Majesty have gained a well-earned reputation for bringing a taste of Greece to its passengers – something it does with gusto. Sailing is largely at night and ships dock at well-known Greek and Turkish islands where larger ships have to anchor, off-the-beaten-track ports also feature in the diverse itineraries.

Celestyal Cruises is deeply committed to sustainability and ethical business practices. The company actively supports the local communities in the destinations it visits, particularly in the field of education. Since 2015, more than 1,200 students on the Greek islands of Milos, Patmos and Ios have enjoyed a ‘journey to knowledge’, by attending specialized educational programs, initiated by Celestyal Cruises.

The 7-day ‘Idyllic Aegean’ cruise calls at Mykonos, Milos, Samos or Kusadasi, Heraklion and Santorini. This is the perfect cruise for those who want to experience the glamorous nightlife of Mykonos and Santorini, as this cruise includes an overnight on each island. This itinerary also includes an entire afternoon on Milos - a geological marvel famed for its natural beauty, its culture and history and amazing beaches, some accessible by car, some by boat, all of them waiting to be explored; this itinerary also features an entire day on Crete.

The port-intensive 3- and 4-day ‘Iconic Aegean’ cruises feature five and six Aegean harbours respectively. The 3-day cruises call at Mykonos, Samos or Kusadasi, Patmos, Heraklion (Crete) and Santorini; the 4-day sailings visit Mykonos, Samos or Kusadasi, Patmos, Rhodes, Heraklion and Santorini. Both itineraries include a full evening on both Mykonos and Santorini, while the 4-day sailing includes an entire day on Rhodes. The Celestyal Inclusive Experience - which includes an unlimited drinks package, all meals on board, selected excursions, gratuities, port and service charges, and a specially-designed entertainment package - means you don't have to worry about a thing during your cruise.

Life on board Celestyal Cruises' ship is very relaxed so you can spend your days indulging mind and body in the spa, discover how to cook like a local at a cookery demonstration, learn a new craft at a workshop, pick up a few words of Greek at a language class, keep in shape with a workout in the fitness centre or join in a fun Zumba or Salsa class. For more details of cruising the Celestyal way call our team of consultants on 0800 484 0370.