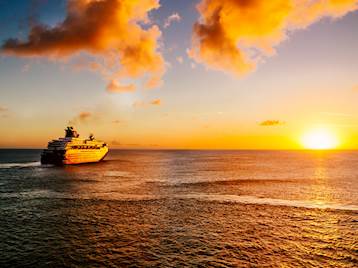 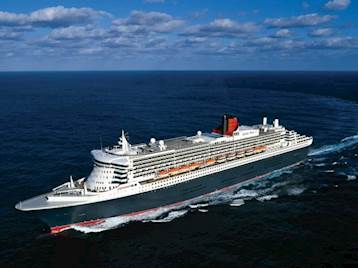 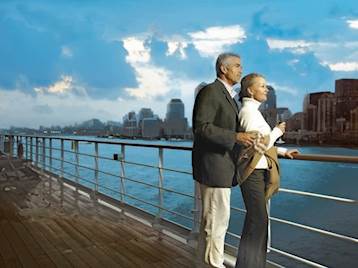 Crossing the mighty North Atlantic Ocean is considered by many travellers to be a rite of passage. Sailing from Britain to the United States is in many ways the quintessential voyage. Travellers who undertake this journey are privileged people who actually have a sense of distance and an understanding of the sheer size of this mighty ocean. In a world where time is in meagre supply, traversing over three thousand miles of ocean is akin to membership of an exclusive club where the sole concept of time is marked daily at noon with a long, purposeful blast on the ship’s whistle.

Only one company continues the tradition of regularly scheduled voyages linking the Old World with the New. Cunard has been synonymous with transatlantic travel since it was founded in 1840. Sadly by the 1960s air travel became more popular and affordable so inevitably the gilded heydays of the ‘Atlantic Ferry Deluxe’ were numbered. Many believed that the belle époque of the great ocean liners was finally over, but they hadn’t counted on QE2, which for forty years dispelled that myth. Now this maritime icon has been replaced by Queen Mary 2.

Between April and October this year Queen Mary 2 will undertake no fewer than 21 seven-day crossings between Southampton and New York or vice versa. This mighty vessel has been designed with an unremitting ocean in mind. A slender, streamlined hull in tandem with a mighty propulsion system allows for a top speed of 30 knots, fifty percent faster than most cruise ships; while thick steel plates and four stabilisers are a match for anything tempestuous seas can throw at it.

Many other cruise lines offer ‘repositioning’ voyages across the Atlantic Ocean. These operate in April and May when schedules call for vessels to begin their summer Mediterranean season; and again between September and November when they return to America and the Caribbean. Some chart a more southerly route via Bermuda and the Canary Islands while others venture further north hugging the coastlines of Iceland and Greenland. These voyages are often great bargains but require a transatlantic flight in one direction.

During a transatlantic crossing passengers rediscover an enigmatic quality so rare in today’s digital lifestyle – time, this most magical, most glamorous feature which is the very essence of a line voyage. Seven days of detachment, free from cares and responsibilities. Passengers succumb to the gentle rise and fall of the vast hull, the soft creaking of the cabin walls, while down below, the steady shudder of the ship’s massive engines are testimony to awesome power. To discover more about one of travel’s greatest journeys speak to our experienced team on 0808 256 6742.