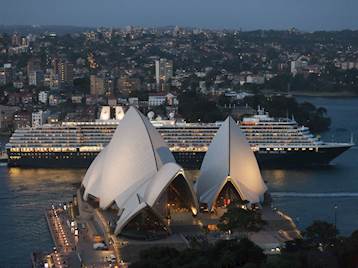 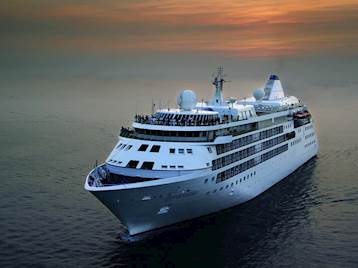 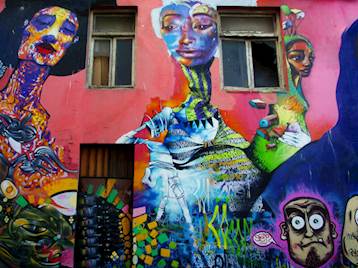 Buoyed with euphoria at winning a BAFTA for the much acclaimed ‘Cruising with Jane McDonald’ series on Channel 5, the veteran cruise ship entertainer is heading to the ends of the earth in the latest series which started last Friday. The former ‘Loose Women’ star has so far experienced everything from a Christmas cruise in Europe, a wildlife voyage in Iceland and the glittering lights of Hollywood aboard a sun-kissed Californian cruise.

In the fourth series of the docu-soap Jane heads to Australia and New Zealand for a longer cruise which covers two episodes. Beginning her adventures in Sydney, she embarks Holland America Line’s 1,916-passenger Noordam. After getting her bearings during an open-top bus tour, she then enjoys a backstage visit of the world-famous Sydney Opera house. Next stop is Tasmania, where she heads to a local wildlife sanctuary and meets its volunteers, comes face to face with its furry residents, and has a run-in with a cheeky wombat. Her first step onto New Zealand soil is at Dunedin, which is rich in Scottish heritage. Later, she heads to Christchurch, a genteel city devastated by recent earthquakes.

The second episode of her epic cruise takes up the story in New Zealand’s North Island. She begins in Wellington, the nation’s capital, before travelling 2,950-ft above sea level to try quad-biking. Noordam then sails north to Napier, where Jane takes a bus trip to meet a traditional Maori tribe, before arriving in Rotorua, a place famous for its geothermal activity. After a helicopter tour of Auckland, Jane's journey ends back in Sydney, where her final trek is to climb the 1,438 steps of the Sydney Harbour Bridge.

Episodes three and four also encompass a single cruise. This time Jane sets sail on a voyage around South America in considerable style aboard Silver Muse of the ultra-luxury Silversea Cruises. Starting in Valparaíso, she embraces her inner Banksy on a street art tour, before beginning her voyage south along the Chilean coast. A few days later she reaches the breathtaking San Rafael glacier where she partakes in the tradition of drinking whisky with ice carved directly from the glacier.

Silver Muse then ventures further south into deepest Patagonia, where Jane stops off in Punta Arenas for an intimate lunch with a local Chilean family, before the compass is set for the Falklands Islands. For more details about cruises with Holland America Line or Silversea Cruises speak to our experienced team on 0800 484 0370.