Discover the best of Mother Nature on an Alaska cruise

Discover the best of Mother Nature on an Alaska cruise 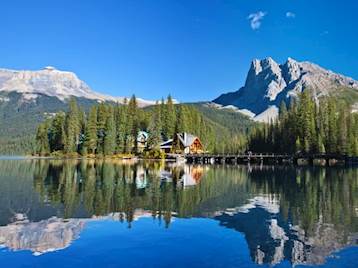 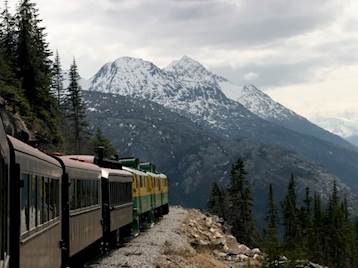 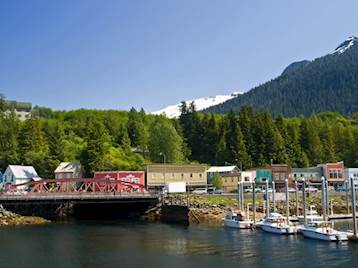 Cruising Alaskan waters date back to 1902 when Canadian steamships operated sightseeing tours to America’s 49th state. However the phenomenon of ‘Alaska cruises’ - where ships ply the Inside Passage - has only been popular since the 1960s. Its geographical remoteness, just across the Bering Strait from Siberia and bordering the far northwest of Canada, make holidays to this sparsely-populated region all the more alluring.

From huskies to halibut, a cruise to Alaska is a diverse and enchanting holiday option. Imagine watching graceful whales breech the freezing waters, witnessing bears lumbering through the tundra, and Caribou trekking through the mountains.

The choice of departure port will determine the number of days you spend cruising and how much of Alaska you will see. Cruises depart almost exclusively from San Francisco, Seattle and Vancouver – either as round-trip or one-way sailings. Anchorage (Seward or Whittier) is the end (or start point) for most one-way sailings.

Glacier Bay National Park is the focal point of all cruises and leaves visitors stunned by its majesty as vast chunks of ice calve from the impressive frozen sculptures. The coast of Alaska is littered with amazing glaciers – none more breathtaking than the Mendenhall glacier which is reached by helicopter flights which land on the ice field. Float planes also fly over the Norris and mighty Taku Glaciers offering an eagle’s perspective of these imposing ice-faces, deep crevasses, and azure-blue meltwater pools.

Another unique experience is a ride on a dog sled pulled by a team of huskies. The guide talks about the history of the yearly dog sled race - the Iditarod - and you get to spend some time with Husky pups. Other tours include Salmon Bakes or Crab Feasts - both quintessential outdoor events offering authentic Alaskan cuisine served in typical Alaskan fashion.

Much of the older part of Ketchikan is suspended on pilings over the water. Creek Street was once the town’s red-light district. In its heyday during the early 1900s, this winding neighbourhood of public houses boasted more than 30 bordellos, with Dolly’s House being the most renowned.

Skagway seems scarcely to have changed in over a century since it was the hub of the great Klondike gold rush. In August 1896, three men (and one woman, sometimes forgotten) found gold near the Klondike River. They staked their claims then walked into a bar and told the world. Everyone rushed for the door; first out was the bartender, who made $4.5 million. To stake your claim on an Alaskan cruise speak to our experienced team on 0800 484 0370 or click on www.cruisedirect.co.uk.