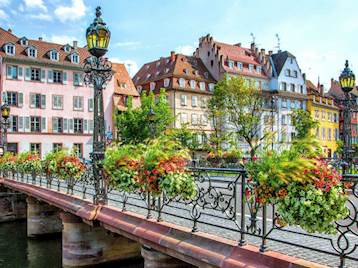 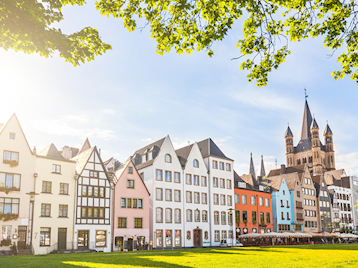 Emerald Waterways is offering an exclusive ‘Rumba down the Rhine’ river cruise with dancing star Pasha Kovalev. This eight-day cruise departs Basel on 3 April 2020 and calls at Breisach; Kehl; Strasbourg; Mannheim; Heidelberg; Rüdesheim; Koblenz; Cologne; before concluding in Amsterdam. Guests joining the former Strictly Come Dancing professional on this springtime river cruise will cha-cha-glide down the Rhine on this fan- favourite ‘Strictly’ voyage.

Previous European Waterways’ ‘Strictly’ voyages have included dance stars Brendan Cole, Anton du Beke and Erin Boag. This one-time sailing features Pasha who lifted the famous glitterball trophy in 2014. ‘Strictly’ fans and all those who love to dance will join Pasha at two days of exclusive events including a private dance performance at the spectacular Electoral Palace in Koblenz. Here there will be a drinks reception with photo opportunities, there’s also an interactive on-board dance masterclass, as well as a special question and answer session with the ballroom star.

Launched in 2014, Emerald Waterways pushes the boundaries of river cruising with its next-generation fleet of eight custom-built Star-Ships, designed to bring the highlights of ocean cruising to the intimacy of European rivers. This is a river cruise line that understands enriching destinations are only part of the river cruise experience, which is why its sleek ships offer a host of innovations and a number of river cruising firsts, such as a heated on-deck swimming pool with a retractable roof which transforms into a cinema by night; plus 'open air' panoramic windows in suite accommodations.

Fairy-tale castles, vineyard-clad slopes, medieval towns and ancient villages; a cavalcade of clichés perhaps, but a Rhine cruise is full of enchantment. This historic river doesn’t just complement landscapes, it makes them. The hills either side of the Rhine gorge have evoked myths and legends with their brooding darkness and colourful splendour; little wonder Goethe's journey down the Rhine in 1774 was the start of the Age of Romanticism. In the impossibly quaint village of Rüdesheim there’s the opportunity to explore Drosselgasse, a captivating cobbled alleyway filled with ivy-clad weinstubes.

Prices include return flights or travel via Eurostar and rail, transfers, seven-nights on board, all meals and selected drinks, all gratuities, shore excursions, exclusive events and experiences. Regional departures are available from up to 15 airports, including Birmingham, Edinburgh, East Midlands, Glasgow, Leeds – Bradford, Manchester and London Gatwick/Heathrow.