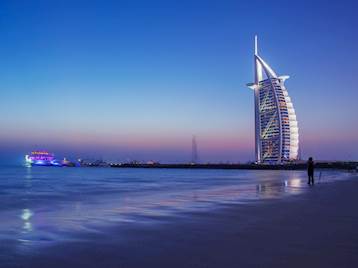 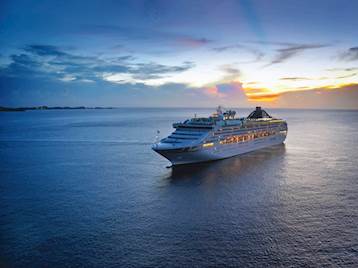 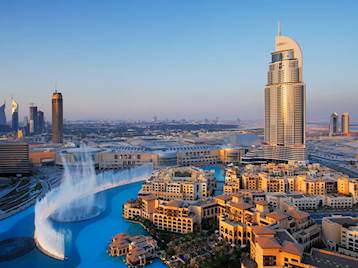 P&O Cruises is the world’s oldest cruise line, tracing its heritage back over 180 years. Its original name was the Peninsular and Oriental Steam Navigation Company and the company’s success was due in large part to regular sailings to the Far East and Australia. These exotic voyages were made shorter with the opening of the Suez Canal in 1869.

How appropriate that this most British of cruise companies should announce a series of cruises around the Arabian Gulf that will run from 10 January 4 to April 2019. The ship chosen by P&O Cruises for this programme of winter sun escapes is Oceana which is undergoing a refurbishment later this year. Designed as a ‘Sunshine Class’ ship, this 2,016-passenger ship is ideally suited to cruising temperate seas and has oodles of open deck space.

At the launch of this exciting new chapter in P&O Cruises’ worldwide roster it was pointed out that more than a million Brits travel to Dubai every year, so basing a ship there, especially a family-friendly one like Oceana, makes a lot of sense.

The Arabian Gulf fly-cruise programme will mostly use the extensive network of flights by Emirates from London (Gatwick and Heathrow); Birmingham; Manchester; Newcastle and Glasgow.

There will be five 10-night cruises from Dubai which will call at Sir Bani Yas Island (a nature reserve south-west of Abu Dhabi); Manama (Bahrain); Khasab (Oman); Muscat (Oman); Salalah (Oman); and Abu Dhabi. These cruises are book-ended by two positioning cruises of 20- and 14-nights respectively – both of which will undertake a transit of the Suez Canal.

Excursions from the contrasting ports include camel racing; dune-buggying; impressive mosques; Arabic souks; and some of the best shopping in the world.

The light show on Lido Deck - when the pools are illuminated in glowing colours as night falls across the mesmerising Arabian Gulf - will be a great place to meet new friends on board Oceana.