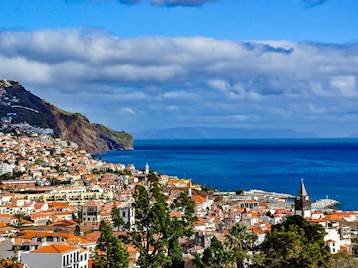 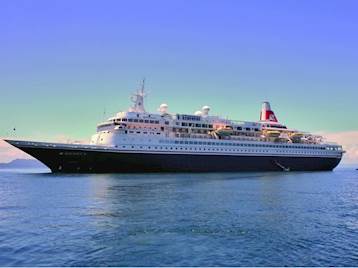 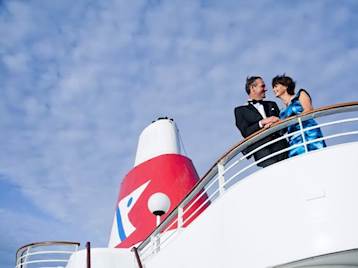 In recent years Fred. Olsen Cruise Lines have carefully coordinated their ship’s sailings to rendezvous in the same port. This has proved extremely popular with their loyal band of passengers who enjoy the drama of seeing all four of the company’s fleet together in some memorable location.

The inaugural event was staged in Norway when Balmoral, Braemar, Boudicca and Black Watch berthed in Bergen on 28th July 2015. This was the first time ever that the fleet has converged in one place, anywhere in the world. Fred. Olsen’s four ships departed from Bergen in an evening convoy, making an exit from the harbour in a ‘diamond’ formation, led by a fire tug boat ceremoniously spraying its water cannons.

This year’s celebration will be ‘Captain’s in Cádiz’. On 10th September all four ships will dock in the historic Spanish city to commemorate the milestone 170th anniversary of Fred. Olsen's beginnings in shipping. The ‘Captains in Cádiz’ will build on the ‘4B’s’ event and the celebrations are expected to exceed those enjoyed during that poignant day in Bergen.

There will be themed entertainment on board and on the quayside; specially crafted menus; and performances from the ships’ show teams and local acts. Plus, as the ships will dock right next to one another, guests will have the unique opportunity to take photos of the fleet together and visit all four Fred. Olsen ships.

Looking ahead, the next reunion will be ‘Four Fred.s in Funchal’ on Saturday 4th April 2020. The Madeiran capital constantly rates as one of the most popular with Fred. Olsen guests and the company’s four ships berthed together will be a truly amazing sight to behold. During the celebration, guests can expect to be treated to a host of activities and entertainment, both on board and ashore, including: a welcome ceremony and local performances; fantastic live music; delicious, specially-prepared menus; the opportunity to explore the whole fleet; and fun competitions between the guests and crews of each ship. There will also be the chance to explore Madeira’s cultural and historic capital which is just a short walk from the port, in addition to the string of other enticing ports that make up these four great itineraries sailing from Liverpool, Southampton, Dover and Newcastle.

All four Fred. Olsen ships will be deployed on four different itineraries and will converge in Funchal on Saturday 4th April 2020 for the ‘Four Fred.s in Funchal’ event. The cruises involved are: Black Watch’s 14-night ‘Azores & Madeira’ adults-only cruise sailing from Liverpool on 26th March 2020; Braemar’s 12-night ‘Closer Spain & Portugal with Madeira’ cruise from Southampton on 28th March 2020; Boudicca’s 19-night ‘Cape Verde Islands’ adults-only cruise sailing from Dover on 29th March 2020; and Balmoral’s 16-night ‘Canary Islands’ adults-only cruise departing Newcastle on 29th March 2020. To be part of this historic gathering of the Fred. Olsen fleet in the island known as ‘The Pearl of the Atlantic’ call our team on 0808 256 6742.