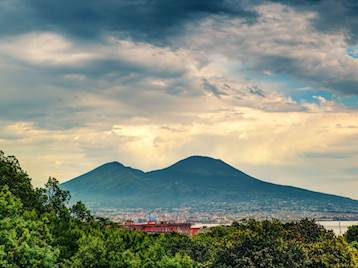 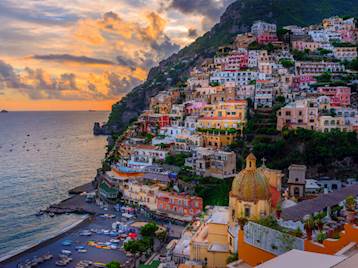 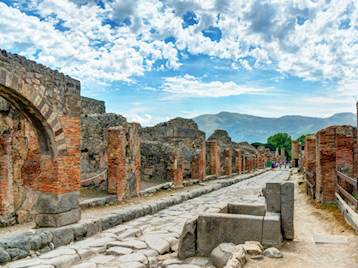 The port of Naples is regularly featured on many cruise line’s itineraries. Ships mainly dock at Stazione Maritima beside Castel Nuovo, a grim and gloomy fortress that served as the residence of the kings of Anjou, Aragon, and the Spanish Viceroys. Naples is one of Europe’s largest and oldest cities; it’s a chaotic, surprising and intense place where modern life and history clash on every street. As for ship tours there’s the old favourite – a boat-trip to Capri, but what about something different. Here are four options to ensure your time here is put to good use.

Mount Vesuvius Tour.  The massive cone of mainland Europe's only live volcano looms large over Naples; it’s both an impressive and terrifying reminder of the awesome power of nature. Your tour bus will climb over 3,000 ft and once at the top, you can walk a third of the way round and see inside the crater where you may even observe fumaroles – steam and gas vents. During the journey to Vesuvius National Park you’ll learn about the history of this infamous volcano.

Pompeii Tour: This once flourishing Roman city is forever known for the catastrophic eruption of Mount Vesuvius that buried it under ash and pumice in 79 A.D killing thousands. Accompanied by an archaeological guide, the tour of the ruins shows how excavations have unearthed a snapshot of life here nearly 2,000 year ago. As you walk along paved streets you’ll see perfectly-preserved buildings. Frescoes adorn villas and everyday objects are scattered about, just as they were when the volcano erupted so violently. Expect to see ancient thermal baths, temples and residences with intricate mosaic floors.

The Secret Tunnels of Naples Tour. This unusual walking tour heads to Piazza Plebiscito, undoubtedly the most famous square in Naples and flanked by the San Carlo Opera House and Church of St Francis as well as the 17th century Royal Palace. Built over 150 years ago, the Bourbon Tunnel was an escape route from the Royal Palace. You’ll see the aqueduct of Carmignano; a 19th century military path, named the ‘Bourbon Gallery’; bomb shelters; buried vintage cars and motorbikes. The excursion ends at Naples sea front, where you’ll see the famous Castle of the Egg.

Sorrento and Amalfi Coast Tour. Described by John Steinbeck as ‘a dream place that isn’t quite real’, Italy’s most famous coastline is simply serene. Just an hour after leaving Naples, you arrive at Sorrento – with its cliff-top setting, it was a favourite resort of wealthy Romans. The imposing Duomo and charming streets with bustling boutiques make the little town a delight to discover. Further along the coast, you’ll find the romantic coastal town of Amalfi. Enjoy a relaxing walk to see the exterior of the Cathedral of St Andrew and admire the Moorish and Gothic architecture. For more details of what to do in Naples call our team of consultants on 0800 484 0370.