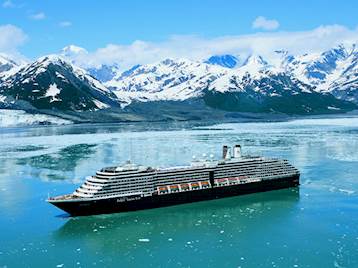 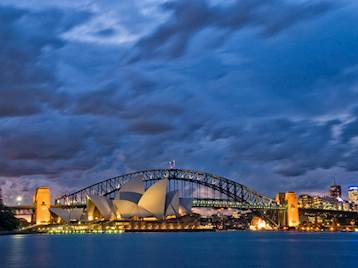 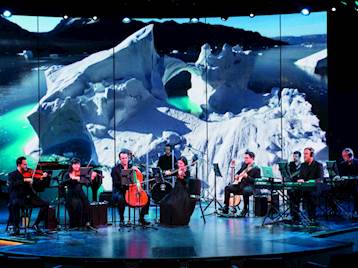 You can never underestimate the power of television. Thanks to Channel 5’s ‘Cruising with Jane McDonald’, Holland America line was beamed into our homes for two hours in June as the cheeky singer from Wakefield sailed from Sydney on a 14-night cruise aboard the 1,916-passenger Noordam. She was filmed enjoying the delights of Tasmania, Dunedin, Christchurch,Wellington, Napier and Auckland, before arriving back in Sydney where she climbed the famous Harbour Bridge. For many viewers it wasn’t the delightful ports that were the star of the show but Holland America Line itself. So what makes this relatively unknown cruise company so special?

Celebrating its 145th anniversary this year, Holland America Line specialises in mid-sized ships that explore the world in elegant style, often visiting off-the-beaten-track ports too small for their larger rivals to fit into. The line is known for its fine food, both in the main dining rooms and the speciality restaurants. Each ship offers America's Test Kitchen for state-of-the-art cookery demonstrations or classes, even featuring sessions for children.

Holland America Line's Explorations Central (EXC) enables guests to delve deeper into the destinations they visit, be their interest for instance history or culture, culinary or wildlife; through talks, encounters, guides, touch-screen technology and more.  This immersive programme is designed to make your travels more engaging, vivid and meaningful.

Although Holland America Line sails all over the world, it is particularly strong in Alaska and offers seamless cruise-and-stay holidays visiting the national parks and exploring by scenic railway, combined with cruises from a selection of departure points. Koningsdam, joined the fleet in 2016 and the Nieuw Statendam will be launched in December.

A couple of weeks ago I got the chance to sample the amazing ‘Planet Earth II in Concert’ show that is a feature on nearly all ships in the fleet. This novel entertainment is thanks to the company’s unique partnership with BBC Earth. On a big screen in the ship’s Mainstage Theatre, 45 minutes of spectacular landscapes and natural habitats from the award-winning television series ‘Planet Earth II’ gripped the audience; while an orchestra of ten musicians played especially composed music to accompany the mind-blowing visuals.

Alaska-bound ships show ‘Alaska in Concert, ‘which is another rendition of sensational visuals from BBC Earth’s series ‘Wild Alaska’. In this production - which again combines live music set against backdrop footage from the BBC Earth series - audiences experience the cycle of four seasons and see why Alaska is as unforgiving as it is beautiful. Rarely have I enjoyed cruise entertainment as much as this visual and musical feast for the senses. You can find out more about what sets  Holland America Line apart by speaking to our team on 0800 484 0370.