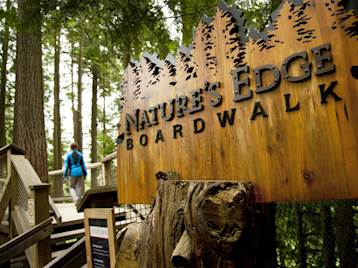 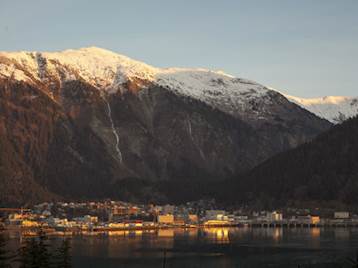 With a proud, maritime tradition that dates back over 140 years, Holland America Line specialises in mid-sized ships that epitomise elegant style, often visiting off-the-beaten-track ports too small for their larger rivals to fit into. Although Holland America Line sails all over the world, it is considered first amongst equals when it comes to Alaska. Its speciality is seamless cruise-and-stay holidays visiting the national parks and exploring by scenic railway, combined with cruises from a selection of departure points including Seattle, Vancouver, San Francisco and Seward (Anchorage).

More than a million people take an Alaska cruise every year and it’s easy to see why. The dramatic scenery is some of the most awe-inspiring that can be reached by cruise ship. Virtually all voyages navigate via the Inside Passage - the spectacular labyrinth of islands, inlets, fjords and mountains that start north of Vancouver Island and runs to Juneau, the Alaskan state capital and beyond. With the scenery come countless opportunities for wildlife watching, a wide variety of outdoor activities and the chance to explore the cultures of the indigenous people.

In 2017, Holland America celebrated 70 years in Alaska - that's longer than the area has even been a state! It goes without saying that they know the region well, and visit the best cities, towns, parks, and glaciers the state has to offer.

Along with regular Alaskan cruises, Holland America offers Alaska Land + Sea Journeys in Denali and the Yukon. These cruisetours include an extended stay in port, and come with accommodations other than the ship. On the ‘Untamed Denali’ journey, guests travel to Denali National Park in a glass-domed rail car called the McKinley Explorer, and stay at the magnificent McKinley Chalet Resort. You can choose from a one, two, or three-day stay in Denali, where wolves, moose, and grizzly bears in their natural state can be spotted as well as getting a glimpse of Mount Denali, the continent's highest peak. Some cruisetours even go as far north as Fairbanks on the banks of the Chena River. Alaska’s second-largest city bears the nickname the Golden Heart as it was born of gold rush fever in 1902.

Another popular option is to combine any Alaska cruise on board Holland America Line's ships with a Rocky Mountaineer rail package through the Canadian Rockies. The ‘First Passage to the West’ is the Rocky Mountaineer’s flagship route and takes passengers between Vancouver and the Rocky Mountain resorts of Banff and Lake Louise as well as Calgary. The ‘Journey through the Clouds’ route travels between Vancouver and Jasper and takes in the Fraser Canyon with its spectacular white water and dramatic landscape. To stake your claim on an Alaskan cruise and tour speak to our experienced team on 0800 484 0370.