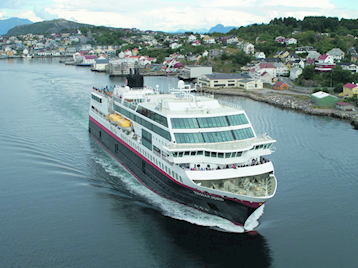 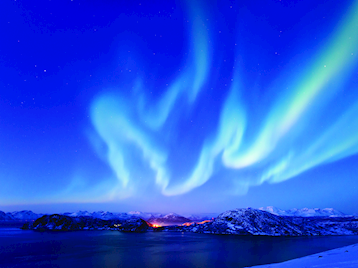 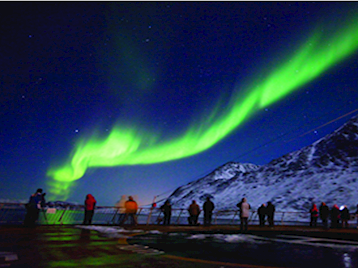 Often described as ‘the world's most beautiful voyage’, a sailing along the spectacular 1,250-mile west coast of Norway offers untold epic landscapes. Hurtigruten’s fleet operates a year-round sailing schedule with daily departures from Bergen calling at 34 small ports en route to Kirkenes at the northern tip of Norway. The classic round-trip voyage lasts 12 days but shorter durations are also possible. There’s the chance to see the Northern Lights in winter months, while in summer the Midnight Sun is on display in these arctic latitudes. Hurtigruten vessels also venture much further afield, including voyages to Svalbard; Iceland; Greenland; Faroe Islands; Patagonia; the Chilean fjords and the Antarctic Peninsula.

The Norwegian coastal route has been a vital transport link for goods and local people since it began in 1893, but the soaring popularity of adventure tourism, as well as the spectacular scenery, means travellers can now sign up for a Hurtigruten expedition and revel in active adventures along this enchanting coastal route.

Norway’s coastal expedition excursions suit all ages as well as activity preferences, and range from popular midnight concerts in the Arctic Cathedral in Tromsø; to exploring the mountains outside Kristiansund by dogsledding with Alaskan huskies; or in the very northernmost part of Norway in deep winter, seeking out the Northern Lights during a snowmobile safari between the ports of Mehamn to Kjøllefjord. Further afield, expeditions include snowshoeing in Antarctica; hiking through a Viking settlement in Greenland; or dogsledding in Svalbard.

The Expedition Team members are not simply enthusiastic hosts, but seasoned travellers and modern-day explorers, passionate about sharing insights that enrich and enhance each journey. The teams are carefully picked for their local knowledge and specific expertise in fields including biology, history and geology; as well as the history of human exploration. They have one single mission: to enhance guests’ experiences by leading activities and interpreting the cultural and natural treasures encountered during a voyage with Hurtigruten.

One of the most beautiful and ethereal natural phenomena in the world occurs year-round over the Arctic Circle – the Northern Lights or Aurora Borealis. Visible only in darkness, there is no better way to see nature's light show than from a Hurtigruten voyage, devoid of light pollution. Winter is the perfect time to explore Norway's coast with beautiful snow-covered landscapes, but for many, seeing the Northern Lights is high on their bucket-list. Hurtigruten are so confident that the Northern Lights will make an appearance during their 12-day Norwegian coastal cruises that, from October to March, they offer a ‘Northern Lights Promise’: If you are unlucky enough that the Northern Lights don’t occur during your voyage, Hurtigruten will offer you the chance to try again the next winter on a 6 or 7-day Classic Voyage, free of charge.