Independence of the Seas refurbishment

Independence of the Seas refurbishment 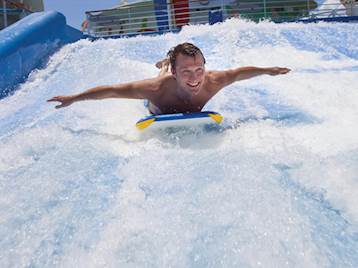 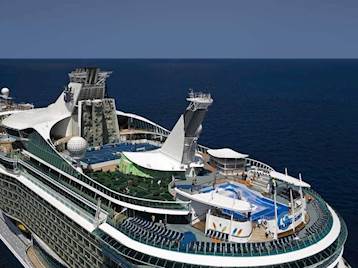 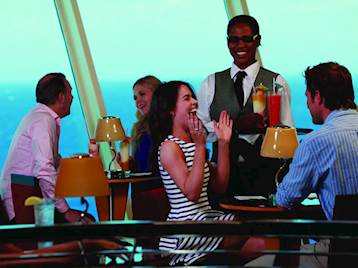 Celebrating its tenth birthday next year, Royal Caribbean’s Independence of the Seas is about to get a multi-million dollar makeover. This is a ship that likes to look her best and it was only four years ago that she underwent a $7 million upgrade that added new features such as a massive poolside screen showing latest-releases and Wi-Fi was upgraded to the line's Voom system.

Company bosses are playing things close to their chest regarding what will be transformed or refurbished but we’ve had a sneak-peak at their plans that include a host of attractions for adrenalin-junkies. Designed to keep dare-devils heart’s pounding, the ‘Perfect Storm’ ride consists of three seriously fast slides ranging from 170- to 328-ft long. The ‘Cyclone’ and ‘Typhoon’ send revellers through twists and turns at more than 20 mph while the ‘Supercell’ rockets them into a bowl-shaped basin that they circle around before dropping into a final slide. The launch platform is on Deck 18, high above Central Park more than 100 feet below.

The 3,634-passenger Independence of the Seas is the third and final of Royal Caribbean's ground-breaking Freedom-class ships - once the largest in the world before the launch of Oasis of the Seas and its sister ships. Throughout the ship there are 21 categories of accommodation; amongst these are interior staterooms that look down onto the Royal Promenade. There are five grades of large family-focused accommodations over and above standard triples and quads.

Located at the heart of the vessel is the Royal Promenade. At 445-ft long, this shopping, dining and entertainment boulevard is longer than a football pitch. Putting the central glass and steel descending Entertainment Bridge to full effect, the nightly street parades using music, lasers and lights, are a cavalcade of boisterous fun; whether its ‘Rock Britannia’, or ‘Mad Hatters Ball’. Kids are in their element during the Dreamworks Parade when characters from ‘Madagascar’ and ‘How to Train Your Dragon’ are the main attraction. On the upper decks there’s a FlowRider for surfing and body-boarding, rock-climbing wall with 11 challenging routes, as well as two large hot tubs cantilevered out from the sides of the ship.

Without doubt Independence of the Seas is a showstopper, the cleaver design disguises the vast size of this vessel and you’ll never feel as if you’re aboard such a colossus. The cuisine is reliable rather than risqué and the service is friendly as opposed to fawning. For more details of cruises aboard this action-packed ship call our experts on 0800 484 0370.