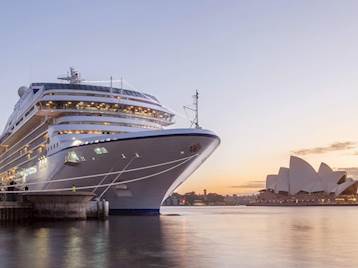 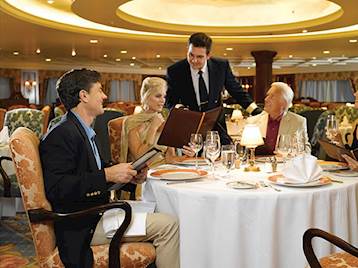 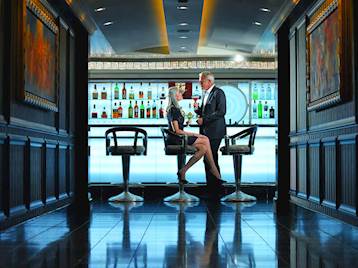 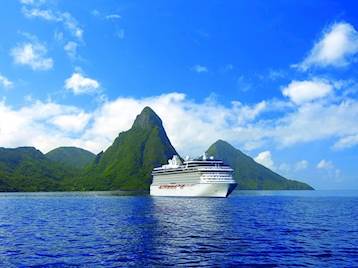 An undisputed torchbearer in the ‘upper premium cruising’ stakes, Oceania Cruises offer a luxury-like experience at a mid-market price. Little wonder the company is gaining a loyal following of Brits who appreciate the more relaxed ‘country club casual’ dress code. For cruisers who enjoy ornate surroundings and a wealth of carefully-crafted itineraries, this is your perfect match. Oceania Cruises is not a familiar name in British cruising circles which is a pity as ever since the company’s inception in 2002 fine living has played a pivotal role in the success of this cruise line that is increasingly on the radar of those seeking culinary excellence. This is a cruise line that consistently wins accolades for its cuisine, yet rarely shouts about it.

It is also a company that comes up with some of the most sublime world cruises. There are many trite clichés in travel, none more so than ‘trip of a lifetime’, but the term really does merit its existence when applied to a cruise around the world. Few experiences are filled with as much rapture as a circumnavigation of our watery planet. Revelling in the cachet of these monumental voyages, passengers follow in the wake of the great explorers.

Unveiling its most unique and diverse ‘Around the World in 180 Days’ voyage to date, Oceania Cruises’ 684-passenger Insignia will depart Miami on 8 January 2020. Crossing the equator an unprecedented four times, this epic exploration visits 95 different ports of call on four continents across 27 time zones and, for the very first time on an Oceania Cruises’ round the world voyage, circumnavigates South America.

The 2020 Around the World voyage covers 44,090 nautical miles and represents Oceania Cruises’ most expansive focus ever on Japan with nine glorious ports of call, explores the secrets of unspoiled Africa, rounds both the Cape of Good Hope and Cape Horn and in another first, showcases the breadth of Alaska from the Aleutian Islands to the Inside Passage. In addition, exclusive shoreside events will be held in Montevideo, Uruguay; Cape Town, South Africa; Rangoon, Burma; Hong Kong, China; and Kyoto, Japan. Quite simply, nothing quite like the 2020 Around the World voyage has existed before.

This supreme voyage features many valuable amenities for every stateroom and suite category. All guests will receive free business-class airfare along with their choice of 70 free shore excursions, a free beverage package or a $7,000 shipboard credit in addition to the Exclusive Prestige Package which includes abundant complimentary amenities such as free pre-paid gratuities – a value up to $8,200 (for 180 day); free onboard medical care; free unlimited internet; and free laundry services to name but a few. Whilst a world cruise is the holiday of choice for most lottery winners and recipients of golden handshakes after years of service, would-be Magellans with less time, not-to-mention wherewithal, can still enjoy the essence of world cruising by opting for a variety of shorter fly/cruise sectors, all of which chase the tropical sun. To find out more speak to our experienced team on 0800 484 0370 today!