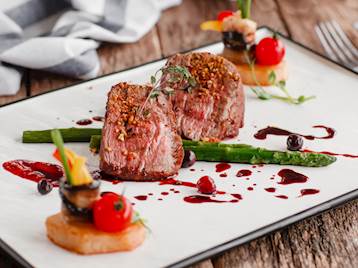 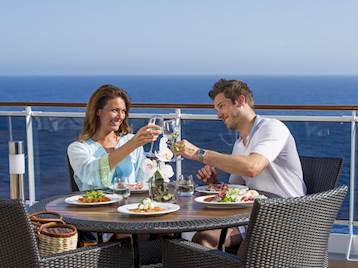 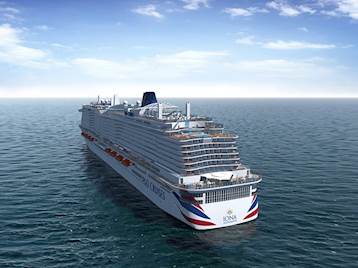 José Pizarro, the Spanish-born, UK based chef is one of three new ‘local food heroes’ who are partnering with P&O Cruises to bring an authentic taste of the destinations visited by its newest ship – Iona - in 2020.

Iona’s maiden winter season will be spent in Spain, Portugal and the Canary Islands, and guests will be able to enjoy the culinary creations of José. The chef is a master of tapas and dedicated to showcasing Spanish cuisine in his three prestigious London restaurants and will now do the same on Iona.  José is designing a bespoke tapas menu for The Glass House, as well as signature Spanish dishes, such as paella in a new dining option - Taste 360.

To bring local flavours into Iona’s dining experiences whilst in the Norwegian Fjords, P&O Cruises also has enlisted the help of celebrated Norwegian chef Kjartan Skjelde and photographer and home cook Marte Marie Forsberg.  Kjartan has created a six-course Norwegian tasting menu for The Epicurean restaurant on Iona. Marte Marie is designing a bespoke range of local dishes which will appear in Taste 360.

P&O Cruises president Paul Ludlow said “One of the best ways to explore a destination is to try the native dishes that tell stories of the history, culture and lives of the locals. Our new local food heroes will be champions of fresh, seasonal ingredients and recipes that fly the flag for their homelands.  We are privileged to have chefs of their calibre helping us to create authentic dining experiences that reflect the ports we are visiting during Iona's maiden year.”

Each of the chefs is well known in their own country and further afield. José Pizarro is from Cáceres in Spain and has now lived in London for 20 years. He is a regular on cookery programmes such as BBC1’s Saturday Kitchen, the food festival scene and has written four cookery books. Kjartan Skjelde is a high profile chef in Norway, having appeared as a judge on TV series MasterChef Norway and Camp Kulinaris, he has also written five cookbooks. Born and raised in a small coastal town in the south of Norway, Marte Marie Forsberg has been featured in magazines, newspapers and online articles across the world, from Bon Appétit to Food & Wine. She is author of The Cottage Kitchen, a collection of recipes and photography.

Iona has been designed to maximise views, from three storey high glass walls in the Grand Atrium, to the innovative Conservatory mini-suites. Guests are guaranteed an immersive experience as they cruise through one of the planet’s most spectacular regions on a cleaner and greener LNG-powered ship. Iona will offer seven day holidays to the Norwegian Fjords from May 2020, each leaving from and returning to Southampton.