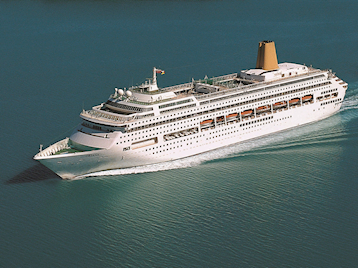 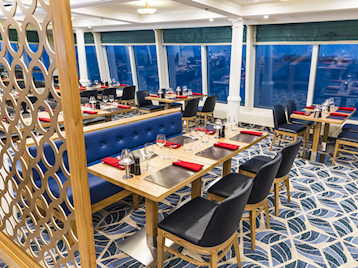 P&O Cruises’ oldest ship Oriana, is to leave the fleet in August 2019. The 1,880-passenger vessel was christened by H.M. The Queen in 1995 and has offered British cruising at its best ever since. The venerable, adults-only Oriana will leave nothing but amazing memories in her wake as she takes her leave of the P&O Cruises’ fleet.

In the run-up to her retirement there will be five final sailings that have a range of itineraries. One thing’s for sure there will be plenty of nostalgia during these cruises with lots of celebratory dinners, deck parties with patriotic songs, flag-waving and emotional farewells.

On 15 June Oriana embarks on a 13-night ‘Scotland, Ireland and Guernsey’ cruise from Southampton which many will view as a final salute to British and Irish ports. The roster of ports is impressive: Killybegs (Donegal); Greenock; Torshavn (Faroe Islands); Lerwick; Kirkwall; Dublin; Cobh (Cork); and St Peter Port (Guernsey).

This is followed by a 7-night ‘France, Spain and Guernsey’ cruise departing Southampton on 28 June. Ports of call will be: La Rochelle; Santander; El Ferrol (Galicia); St Peter Port (Guernsey).

Certain to be a hit with nature lovers, there’s a 14-night ‘Ireland, Iceland and Faroe Islands’ voyage that departs Southampton on 5 July. Calls will be made at: Killybegs (Donegal) before the Icelandic ports of Reykjavik; Isafjordur and Akureyri become undoubted highlights of this cruise. Then it’s on to Torshavn (Faroe Islands); Dublin and Cobh (the historic port of Cork).

The penultimate trip is a 3-night mini-cruise which departs Southampton on 19 July and visits St Peter Port in Guernsey.