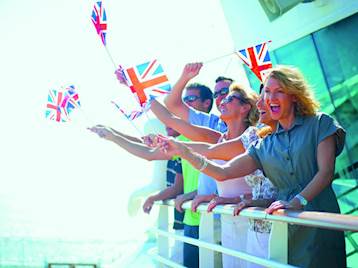 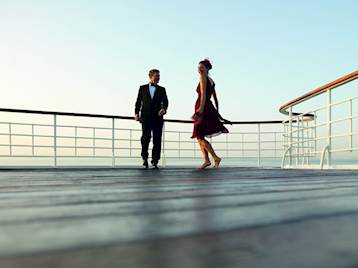 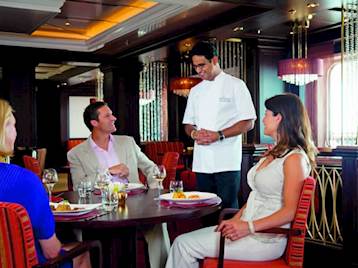 In two years time P&O Cruises will launch a blockbuster of a new ship – the biggest vessel ever built for the British cruising market. At 180,000 tons this ship will offer more choice of accommodation, more places to dine in style, more spaces to relax, more entertainment and more freedom to make your holiday your own. P&O Cruises has partnered with some of the world's leading hospitality, interior design, maritime and architectural experts, as well as leading cruise ship designers and builders. The new ship will be built at the Meyer Werft shipyard in Papenburg and is currently under the codename ‘Project Gala’. In the summer of 2017 P&O Cruises invited passengers and the general public to suggest a suitable name for this magnificent ship. A panel of experts are now considering all entries and the winning name will be announced in the coming months.

The new ship will have a striking new exterior and interior design and will embrace the company’s classic and iconic features. The ship’s ‘green cruising’ design will use LNG - a clean-burning fossil fuel - to generate 100 percent of her power both in port and at sea.

Innovative new guest experiences include more than fifteen places to eat to suit all appetites and occasions; eight speciality restaurants; eight places to have breakfast; four places to take afternoon tea; eight places to enjoy fresh coffee; more than ten places to enjoy a drink and take in sea views; four swimming pools (three outside and one inside); and sixteen whirlpools. There will be 13 entertainment venues which will include a theatre, venues for adults-only shows and three pop-up entertainment spaces. The star attraction will be a major new entertainment hub called The Dome. Featuring an impressive roof and a pool with a retractable stage, the Dome will offer a unique space whatever the weather. By day, this will be the perfect place for entertainment, relaxation and informal dining, while by night, the Dome will come alive with aerial performances and lavish shows.

P&O Cruises aim to bring the outside in with a half-mile long covered promenade. This Lanai Deck will have glass walls spanning three decks to allow natural light to flood the central atrium as well as alfresco dining venues and intimate hideaways. All accommodation will be designed by the contemporary design practice Acumen of London.