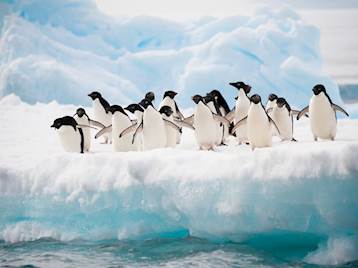 It might not be a name that immediately comes to mind when thinking about cruising but Ponant is becoming a force to be reckoned with. The only French-registered cruise line operates five ice-strengthened vessels with a streamlined superstructure painted in the most unusual colour of taupe; they also operate a three-masted sailing ship. In early 2017 the company announced the construction of four sleek, 194-passenger sister ships, commencing with Le Lapérouse, slated to debut in 2018. Each will have a multi-sensory underwater Blue Eye lounge – where the deep-sea universe comes alive for guest’s enjoyment.

A week before Christmas Ponant announced an order for the very first electric hybrid polar expedition vessel with Liquefied Natural Gas propulsion. The innovative Ponant Icebreaker is scheduled for delivery in 2021 and will take passengers to never-before explored polar destinations, such as the Geographic North Pole, crossing the Arctic Ocean, Greenland’s extreme North East as well as probing the icy wilderness of Antarctica.

It’s no idle boast; this new 170-passenger vessel will be a first in the cruising world. Passengers will follow in the footsteps of the great polar explorers while all the time enjoying a refined onboard ambiance and luxury services - never before available in the far extremes of the Northern and Southern Hemispheres. Of the 135 staterooms, 68 will be suites with balconies. True polar odyssey expeditions are a brand new concept in travel and Ponant are undoubtedly at the vanguard of these extreme adventures. The Ponant Icebreaker will navigate not just off the beaten track, but to the edges of the beaten map offering ultimate comfort.

The company’s Head of Expeditions, Nicolas Dubreuil said, “Ponant Icebreaker will head to places previously unexplored until now due to their extreme remoteness. I've already imagined winter expedition cruises across the Nunavut ice field, and to Greenland to get within close proximity of the Inuit camps. We will be able to get up close to the emperor penguins that inhabit the ice shelves in the Antarctic. As for the Geographic North Pole, it will no longer be an inaccessible dream. Ponant will soon have at its disposal the very first passenger ship capable of reaching this mythical destination."

Ponant Icebreaker will be equipped with 16 zodiacs and two helicopters as well as an experienced expedition team headed up by Nicolas Dubreuil. Imagine telling your friends that you’ve just returned from a ship with a specially designed hull that’s capable of cutting through eight-foot-thick ice floes? There are experiential cruises, there’s expedition cruises, then there’s Ponant’s new game-changer. For more details about cruises to the ends of the earth speak to our experienced team on 0808 256 6742.