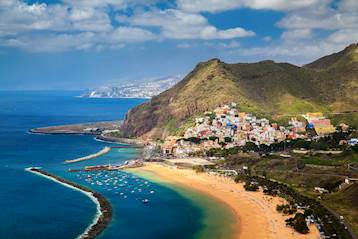 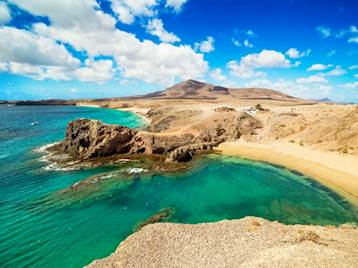 Celebrity chefs on television have been a staple diet for our viewing pleasures over recent years. We went ‘On the Road’ with James Martin and spent ‘Long Weekends’ with Rick Stein; Gordon Ramsay led us into ‘Hell’s Kitchen’ while Heston Blumenthal took on ‘Mission Impossible’. It seems we're all hungry for more when it comes to chefs who enjoy looking through the lens as much as what’s in the pan. Now some of the greatest celebs ever to inhabit the kitchen have got a taste for life at sea.

Fusing epicurean delights created in the galley with idyllic destinations that lie just over the yardarm has become a trend for a few discerning cruise lines. Passengers get the chance to come face-to-face with culinary heroes they’ve only seen on the screen, they take front seats at the cookery demonstrations from the maestros and positively salivate at the prospect of enjoying a memorable dinner featuring the chef’s renowned creations. Celebrity chefs too revel in this schmooze fest by talking shop and sharing a laugh, while many ports of call lend themselves to culinary explorations.

Now two megastars in the culinary cosmos are about to climb the gangway and share their encyclopaedic knowledge of all things epicurean. In a world first, famed chef Michel Roux OBE and his son Alain will be making their masterclass debut aboard the ‘Most Luxurious Ship Ever Built’. With its stylish verve and sublime cuisine, the all-inclusive Seven Seas Explorer embodies the prestige of this extraordinary cruise.

The ports are also captivating on this 10-night cruise that departs Lisbon on 8 April 2019. Imagine visiting the tranquil island of Madeira – known as ‘The Garden of the Atlantic’; being awed by one of the largest volcanic craters on earth at Santa Cruz de La Palma and the lunar landscape around Las Canadas National Park in Tenerife; then in Lanzarote take a camel ride to the continually hissing rocks of Fire Mountain in the Timanfaya National Park. The cruise continues to Agadir, known as the Miami of Morocco before reaching Casablanca, immortalised by Bogart and Bergman. Cádiz - where Spanish galleons departed the Old World in search of the New – then appears on the horizon before the cruise concludes in über-cool Barcelona.

During this voyage there will be the opportunity to meet Michel and Alain when they share their talents at two special cookery demonstrations as well as hosting 'an audience with' session in the ship’s Constellation Theatre. Guests will be able to savour the dishes from the live demonstrations in the ship’s flagship restaurant, Compass Rose.

An undoubted highlight will be the chance to join the celebrated chefs on a special Gourmet Explorer Tour excursion in Casablanca when they will explore local souks and medinas as well as sharing their insight into sourcing perfect ingredients for their recipes. As a lasting souvenir of this first-ever Roux family masterclass at sea, guests will receive a signed copy of Michel and Alain’s latest book.