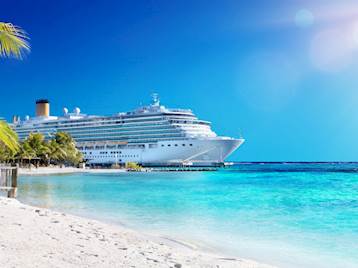 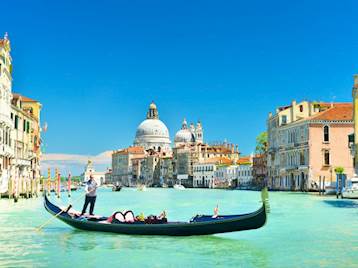 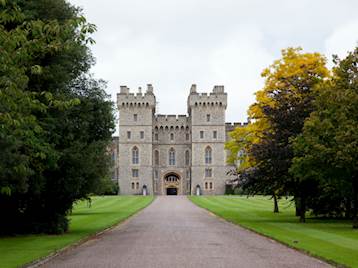 Unless you’ve been living under a rock for the past month, you're probably aware Meghan Markle is getting hitched to Prince Harry this weekend. And it seems everyone’s getting into the spirit of the Royal nuptuals - even the Windsor branch of Marks & Spencer is changing its name to Markle & Sparkle to celebrate the Big Day. Passengers arriving at Heathrow might be lucky enough to receive a handmade 'royal' lemon and elderflower cupcake as well as being greeted by a Queen's Guard, Beefeater and patriotic bunting, not to mention the sounds of a Royal Trumpeter.

The Royal Wedding bandwagon might be in full swing but one thing that’s keeping most people guessing is where the royal jetsetter and former actress will honeymoon? For their getaway in 2011, Prince William and Kate chose to kick back in the Seychelles - a firm favourite amongst A-listers looking for total relaxation. According to a report in the Daily Mail, Namibia could be on the cards for Harry and Meghan. But what about a cruise?

On a cruise ship, romance embraces passengers the way fog used to envelope London. Don’t forget the American network ABC premiered the schmaltzy TV show ‘The Love Boat’ in 1977. Anchored with unrelenting cheerfulness by its regular cast, each episode revolved around the antics of passengers aboard Pacific Princess who discovered the ship’s miraculous power to instil romance in even the most staid of souls.

Some destinations such as Tahiti, Bali or the Maldives automatically conjure romance, but unless the royal couple plan on stretching their honeymoon into a voyage that would befit Captain Cook, a fly/cruise might be the perfect option. There are plenty of opportunities to ramp up romance ashore in some idyllic bolthole. Strolling hand-in-hand through charming Amalfi or St Barths is the stuff of dreams; while being serenaded on a gondola in Venice might be cheesy but it’s hard to beat. Alternatively they might choose to add an adrenalin rush to their nuptials and go zip-lining through a tropical forest, horseback riding through the surf, or parasail in a double harness high above the Caribbean surf.

But for those obsessed with everything royal and who want to relive the happy day, then it’s hard to beat European Waterways new and exclusive ‘Royal Cruise’, which navigates the River Thames aboard the 8-passenger Magna Carta hotel barge in 2018 and 2019.  Thanks to special arrangements between the cruise line and members of several historic households, the cruise itinerary gives guests plenty of ‘royal treatment’.  Among the highlights, the vessel moors beneath Windsor Castle and guests enjoy a behind-the-scenes tour that includes St Georges Chapel led by a serving Military Knight. If cruising on the sea of love floats your boat then contact our team of specialists on 0800 484 0370