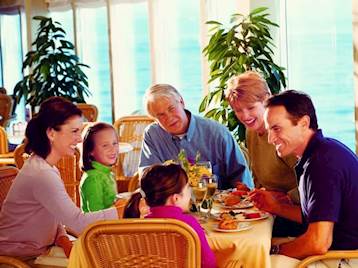 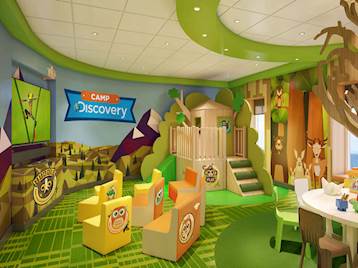 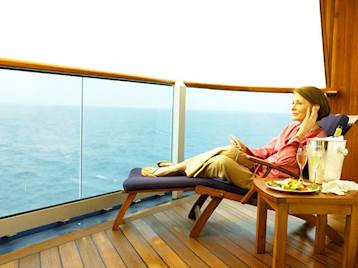 For the first time, Sapphire Princess will be operating 16 cruises from Southampton to the Mediterranean and northern Europe between May and October 2018 ranging from 3-nights to 14-nights. It’s also been confirmed that this 2,670-passenger ship will return in 2019 when she will spend 198 days sailing from her home port of Southampton - the longest on record for a UK-based Princess Cruises ship. Royal Princess will also call Southampton home in 2018 – the 5th years she has been dedicated to the British cruise market since she was christened by the Duchess of Cambridge in 2013.

Built in 2004 and given a makeover in 2012, Sapphire Princess has a masculine, clubby décor with lots of leather and polished wood. Traditional dining, with fixed times is offered in the International Dining Room and Vivaldi Dining Room. The ‘Anytime Dining’ concept operates in the Santa Fe Dining Room; Pacific Moon Dining Room and Savoy Dining Room. An innovation in all the dining rooms is cuisine designed by award-winning chef Curtis Stone, prepared with authentic ingredients.

In the Piazza - the heart of the ship – there’s Alfredo’s Pizzeria, where wood-fired pizzas are made to order; Vines wine bar; and International Café. Sabatini’s features northern Italian cuisine, while the Sterling Steakhouse serves the highest quality meats and seafood. The buffet-style Horizon Court is open 24 hours a day and there’s a poolside Trident Grill for burgers and pizzas.

There are pools to suit every age and mood, including Neptune's Reef & Pool - a spacious open-air area with colourful mosaics and lots of space for soaking up the sun. There’s also a secluded Terrace Pool at the stern on Aloha Deck; an adults-only fitness pool; indoor Calypso Reef & Pool, covered by a retractable glass roof; and a kids-only wading pool. ‘Movies Under the Stars’ screens films during the day and night.

Bars come in several varieties on Sapphire Princess, all of them cosy and many offering excellent sea views such as the Wake View Bar which overlooks the stern, as does the Observation Lounge and Skywalker's nightclub on the top deck. With its nautical art, the Wheelhouse Bar has a convivial atmosphere as well as live jazz.

Sport lovers won’t miss out on this summer’s major sporting events as they will be broadcast in bar areas and the top deck cinema screen. There will be coverage of the FIFA World Cup and Wimbledon. There’s also a star-studded line-up of celebrity speakers on board. These include: former football manager and player Harry Redknapp; Dallas actress Linda Gray; former Beatles drummer Pete Best; former British Olympic skier Eddie ‘The Eagle’ Edwards; snooker commentator and former player John Virgo; Coronation Street actress Beverley Callard; Scottish actor James Cosmo; plus Paul Burrell, former butler to Diana, Princess of Wales. If you want to hobnob with the stars while exploring the Mediterranean or Baltic then call us on 0808 256 6742.