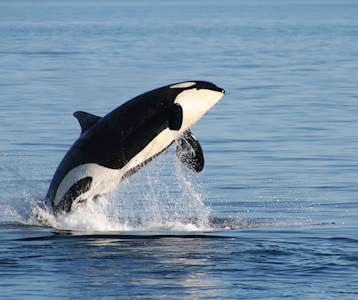 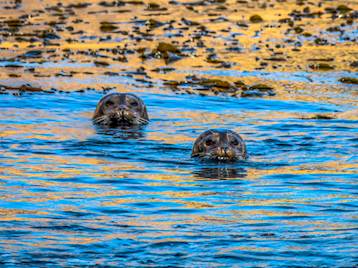 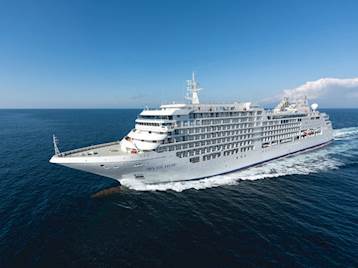 Rising with the sun each morning, dozens of Silversea’s guests gathered on deck and in the Observation Lounge to witness the abundance of marine life. Throughout both voyages guests attended lectures, workshops and engaged in whale watching activities to learn more about the marine life and conservation of these remarkable regions. Marine-related shore experiences also enriched the offering, enabling guests to delve deeper into the topic. The data collected by ORCA and Silversea’s guests will contribute towards conservation efforts and each guest received an ORCA Ambassador certificate to mark the achievement.

Some of the highlights of the voyages included sightings of four blue whales, the largest animal on the planet; over 420 Pacific white-sided dolphins in just a two-hour window; three orcas while approaching the Hubbard Glacier; humpback whales in large numbers throughout Alaska; northern sea otters, eating crabs and sea cucumbers; and an abundance of birds, including Bald Eagles, Tufted Puffins, Rhinoceros Auklets, and three different species of albatross, among others.

“The feedback from all guests was extremely positive,” says Anna Bunney, the Education Coordinator at ORCA, who travelled along with ORCA’s Shenaz Khimji on both voyages aboard Silver Muse. “I do believe that we added a whole different dimension to guests’ experiences of these remarkable regions. Many claimed that they benefitted from our presence on board and the knowledge we had given them enhanced their experiences ashore, as they already had lots of knowledge about the wildlife. From the amount of wildlife sighted to the guests’ engagement throughout, the voyages were hugely successful. It was an honour to share such incredible wildlife experiences with such enthusiastic travellers.”

Silversea’s voyages to remote destinations – from pole-to-pole and almost everywhere in between – are entirely unique. Aboard Silversea’s intimate ships, guests can travel deeper into each destination in superlative comfort, enjoying an intimate onboard atmosphere and numerous luxuries, such as the personalised service of a butler; complimentary drinks throughout the ship; as well as an in-suite bar stocked with guests’ preferred beverages; and fine cuisine that is inspired by the sailed region, among other all-inclusive luxuries.