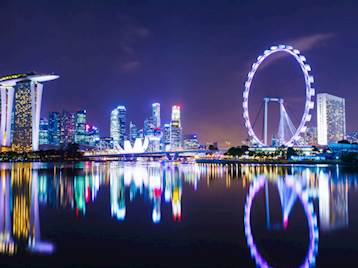 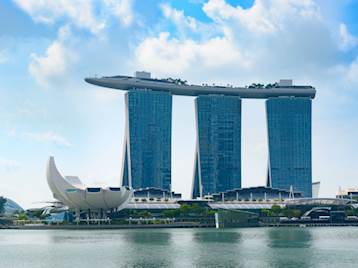 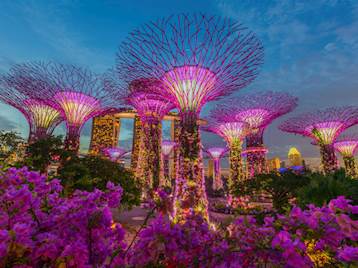 Many weeks before the first summit between a sitting U.S. president and a North Korean leader took place on Tuesday, several locations were considered. However it was Singapore, at the tip of the Malaysian peninsula, that quickly emerged as the top choice. News programmes have been full of images of Donald Trump arriving on Air Force One, but even the most seasoned reporters of global events were taken aback when Kim Jong Un decided to go on an impromptu walkabout at Gardens By The Bay with its 165-ft tall colourful Supertrees – metal structures bathed in a variety of lights. Trading his usual sullen demeanour for a beaming smile, the reclusive dictator seemed to revel in this novel attraction at Singapore’s Marina Bay.

No one watching the coverage of the summit could fail to miss the breathtaking 2,561-room Marina Bay Sands Hotel. Its three towers are crowned by the world's largest cantilevered platform where, on the 57th floor, a variety of hi-end restaurants and a 490-ft infinity swimming pool overlook the pulsating skyline. Not surprisingly neither leader stayed there!

This tiny country of 5.6 million is a city-state that encompasses the main island and city of Singapore as well as 63 smaller islands. Nowhere on the eastern horizon has flourished like Singapore and no port has played a bigger role in the phenomenal rise in cruise passengers to this region.

For an overview of this tantalising city, the Singapore Flyer is a 492-ft high Ferris wheel which offers a 360 degree visual feast of iconic and historical landmarks. Visitors flock to the Singapore Botanic and Orchid Garden with over 60,000 plants, including the world’s largest orchid display. There’s also the Singapore Zoo and Night Safari – the world’s first wildlife night park - for close encounters with the endangered Asian elephant, Malayan tapir and Malayan tiger.

Singapore is one of the great culinary capitals of the world showcasing an almost infinite range of cuisines. To experience local dishes try hawker food from noisy, convivial food-stalls. Shopping is another national pastime and shopaholics usually head for Orchard Road where vast, air-conditioned malls are brim-full with designer boutiques. Without doubt Singapore has a lot to offer cruise passengers.