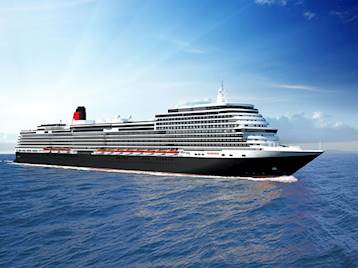 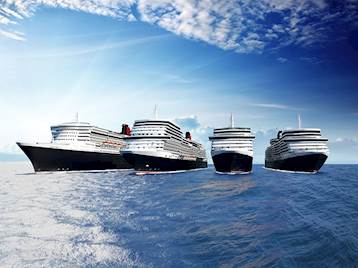 With its trademark red-and-black funnels and white and federal grey livery, Cunard is one of the world’s most recognised cruise brands. A recent announcement from the iconic company is testament that it is going from strength to strength. Having recently spent over £120 million giving flagship Queen Mary 2 and Queen Victoria a makeover, Cunard have announced a new ship will join the fleet in 2022. The as yet unnamed ship will be the first since Queen Elizabeth entered service in 2010 and will become the fourth member of the Cunard fleet - the first time since 1998 that the luxury cruise brand will have four ships in simultaneous service.

To be built at the Fincantieri Shipyard in Monfalcone, this 113,400-tonne vessel, the second largest Cunarder ever built, will accommodate 3,000 passengers.  Currently Cunard is keeping tight-lipped about what it has planned for the exciting project but more details are expected soon. What we do know from early renderings is that the new vessel appears to be a greatly expanded version of the smaller Queen Elizabeth with five decks stacked high above the ship’s navigational bridge.

This next-generation cruise ship will be the 249th to fly the famous company’s flag. For over one hundred and seventy seven years Cunard has dominated travel across the North Atlantic Ocean. With their motto ‘speed, comfort and safety’, the line offered passengers not only some of the fastest sea crossings, but an incomparable way of life. Uniquely the word ‘Cunard’ evokes a legacy of pre-eminence that redefines the ethos of one of the great voyages of the world. In the latter decades of the 20th century Cunard diversified into cruising and their new ships were built to suit this increasingly popular holiday choice.

Cunard ships appeal to passengers who yearn for traditional values in an age of new social order where deference seems dead and buried. Each vessel revels in an aristocracy of patrician comforts unlike some ships whose interiors boast glitz not Ritz. Many passengers appreciate the latter-day cameo vision of the legendary Queen Mary and Queen Elizabeth that invented the ‘Golden Age’ of travel in the Forties and Fifties. The seaborne lifestyle conjured up on board today’s Cunard ships appeals to a discerning, younger crowd seeking a retrospective into the realm of Downton Abbey.

Since before the launch of the original Queen Mary at Clydebank in 1934 speculation about the name of a new Cunard ship has gripped the public’s curiosity. No doubt the rumour mill will go into overdrive again as the anticipation builds over the next four years. What Queen will it be, or will it revert to the traditional Cunard naming standard such as Mauretania or Aquitania. My money is on Queen Anne, but I’m not heading to the bookies any time soon as four years is a long time in the world of cruising. If exploring the world Cunard-style is what you’re looking for call our team on 0808 256 6742 to find out more.