U by Uniworld changes

U by Uniworld changes 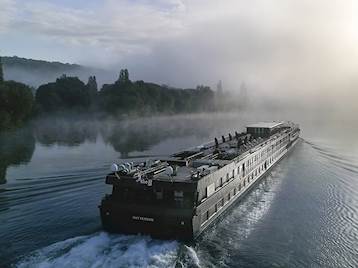 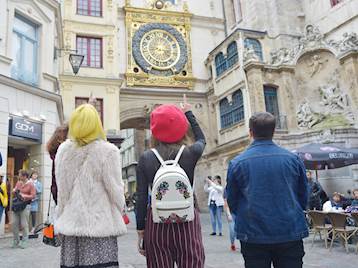 Last year the top story in cruise magazines was about a new venture for millennials. “River cruising is about to get a bolt of energy,” they proclaimed. “Next year, U BY UNIWORLD will offer 21 to 45 year olds the chance to experience the pulse of Europe aboard two 120-passenger ships on the Rhine, Main, Danube and Seine.” They went on to detail how two of Uniworld’s existing ships – the River Baroness and River Ambassador – will undergo extensive renovations and design changes that would tailor the ships to be completely dedicated to the U BY UNIWORLD brand.

True to their word, two ships – named The A and The B - have recently appeared sporting a black hull and feature an avant-garde black-and-white colour scheme in all public areas. They are elegant and luxurious on one hand, cheeky and fun on the other. Staterooms boast a modern finish and marble bathrooms and guests at Dine eat at communal tables at brunch and dinner with the menu available on WhatsApp. Other novel facets include mixologists, live entertainment in the Ice Bar nightclub on deck where there’s a silent disco as well as silent cinema (both via wireless headphones).

However there’s been a major change in the company’s policy of only offering these cruises to the Snapchat generation. Whilst the company waxed lyrical about aiming at ‘young professionals’ who have a bit of money and who want to meet and hang out with people with similar aspirations, they’ve just announced a policy change to their unique booking condition with the result that anyone can sail aboard U by UNIWORLD’s two hip vessels.

In a statement released in March the company noted, “Due to demand from both consumers and travel agents, U by UNIWORLD has expanded its river cruises to all adult travellers seeking a new, active and immersive experience along the world’s most popular rivers. Originally, U by UNIWORLD was specific in defining its target market between the ages of 21 and 45, but has learned that the experience is less about a number, and more about attracting a new generation of adult travellers to river cruising. The experience isn’t changing – we’re still taking river cruising to a whole new space, sailing on sleek, stylish ships, offering adventurous and action-packed itineraries and celebrating each city’s vibrant nightlife.”

The penny seems to have dropped – nobody is too old to be a cool cruiser and you don’t have to be less than 45 years of age to try your hand at kayaking or indulge in mixology classes. If you want to experience Europe from a funkier tangent, more details are available from our team of cruise specialists now on 0808 256 6742.

u by uniworld uniworld river criuse