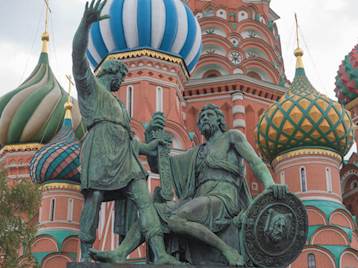 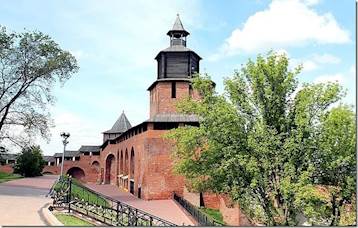 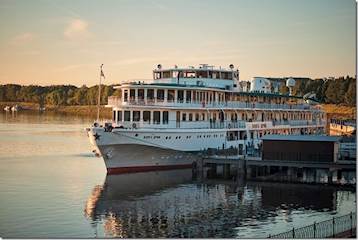 If you hadn't heard of Nizhny Novgorod before, the chances are that you have now - following the England football team's record World Cup win on 24th June. A place that will go down in history as the city where England scored six unprecedented goals against Panama, Nizhy Novogrod has always been high on the 'must visit' list for visitors to Russia. Described as one of the 'pearls of the Southern Volga', Nizhy Novograd is home to the huge 16th century Kremlin, as well as stunning medieval churches and monasteries, and is famous for its traditional Russian handicrafts.

Previously known as 'Gorky' - after the famous writer who was born there - Nizhy Novograd became the home of many people who were politically exiled during the years of Communism. For centuries, it was the place where traders from Siberia, Central Asia and the Orient came to exchange goods, and is renowned for its innovatively designed Russian dolls - considered to be some of the best in Russia. Today, the city features on the itineraries of luxury Russian river cruise operator - Volga Dream.

If the weeks of World Cup action have whetted your appetite for visiting the vast country that is Russia then a good primer is a river cruise from St Petersburg to Moscow. The Volga Dream Company and vessel is represented in the UK by Fred. River Cruises – part of Fred. Olsen Travel. Completely redesigned and refitted over two years in dry dock, this charming ship is celebrating 10 years of cruising along Russia’s historic waterways. All passenger crew speak English and are personally hand-picked by the owners. With around 100 guests aboard and a crew of 60, the Volga Dream boasts the highest crew-to-passenger ratio on the river.

For the 2019 season there’s an exclusive new ‘Imperial Programme’ that includes six nights hotel accommodation in Moscow and St Petersburg at the stunning Four Seasons, as well as six nights aboard the luxurious MS Volga Dream. Sightseeing tours for a maximum of 10 people per group are also included, along with private transfers. The Moscow to St Petersburg ‘Imperial Programme’ includes visits to Moscow’s Kremlin and Red Square; Novodevichy Convent; historic centre of St Petersburg; the city of Yaroslavl; Ferapontov Monastery, Goritsy and Kizhi Pogost, Karelia. There are also special access tours of St Basil’s Cathedral in Moscow.

For those who want to experience Nizhy Novograd, there’s a new 10-night ‘Grand Volga’ cruise from Moscow to Volgograd, departing 26 September 2019. During your cruise you’ll take in no less than six UNESCO World Heritage Sites as well as learning about Nizhy Novograd’s history as a place of exile. You’ll be able to walk the ramparts of the 16th century Kremlin with its spectacular views and visit elaborately painted churches. There will also be a Tchaikovsky and Rachmaninov piano concert; Russian dinner and vodka tasting; Matryoshka (nesting doll) painting; Russian language classes and Russian cooking classes. With all formalities taken care of, this really is an easy way to get to grips with the culture and historic sites of Russia.  For more details about these unusual river cruises speak to our experienced team on 0800 484 0370.