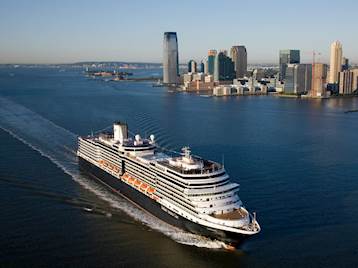 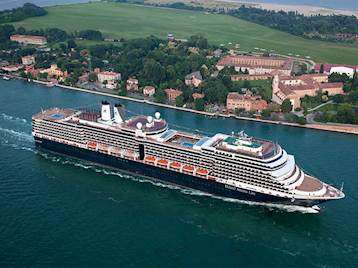 Following a successful partnership with BBC Earth, Holland America has announced that it be extended to almost all ships in their fleet.
The destination-focused program will be hosting Frozen Planet Live concerts on six ships. This live performance will be orchestra by award-winning composer George Fenton while images based on the BBC Earth Frozen Planet TV series are screened behind the musicians.
Additional activities include documentary films, game shows, trivia, children's activities and BBC Earth feature cruises.
Four featured cruises have been scheduled for 2017 that will feature an onboard expert who will host master classes. These sailings are as follows:
January 29 on Koningsdam: A seven-night Eastern Caribbean cruise, roundtrip from Fort Lauderdale.
April 7 on Oosterdam: An 18-night Panama Canal transit, from Tampa to San Diego.
July 8 on Maasdam: A seven-night Canada and New England cruise, from Montreal to Boston.
October 27 on Volendam: A 14-night Taiwan and Japan cruise from Shanghai to Hong Kong.
The only ship to not be part of the partnership is Prinsendam.