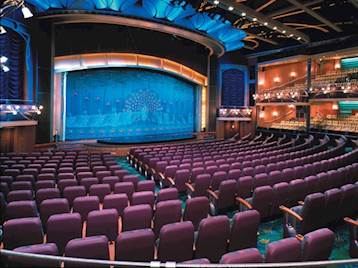 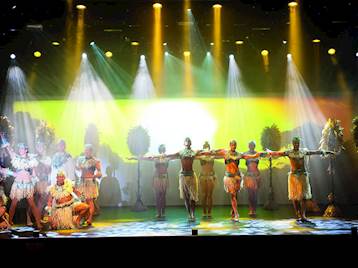 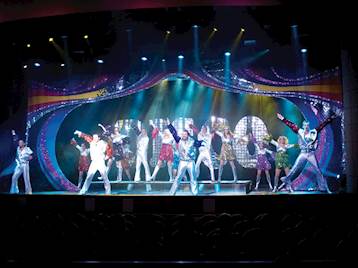 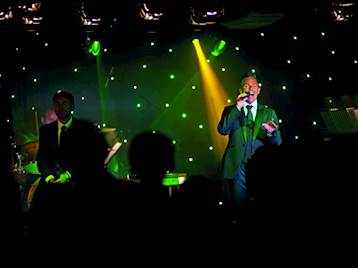 Big-name shows on cruises certainly pull in the crowds – but do they really cut the mustard? 2017 looks set to be a blockbuster year for quality performances. Whilst its true passengers are somewhat a captive audience, production shows are now so cutting-edge they easily compare with land-based counterparts in famous theatres.

West End ticket prices can often be astronomical but on cruise ships the entertainment’s free.

Like ships themselves, shows are varied, but in general terms, the larger the ship the more lavish the entertainment. Many cruise lines now engage the services of professional production companies for their shows ensuring entertainment is more tinsel-town, less Tin Pan Alley.

When it comes to entertainment aboard Royal Caribbean’s mega-ships the shows are far from hackneyed or trite. The audience is wowed during full-length productions of ‘Chicago: The Musical’; ‘Cats’; ‘Mamma Mia’ and ‘Rock of Ages’. Little wonder - as the sets, directors and some cast members have been transferred from West End and Broadway productions.

Shows on Norwegian Cruise Line’s ships are anything but stereotyped. The cavalcade of nightly revelry on Norwegian Epic includes ‘Burn the Floor’ where swivelling hips, steamy embraces and high-octane tempos are not just hot - they sizzle. This Ballroom and Latin dance theatre company is renowned for its gifted dancers, selected from the most prestigious dance competitions around the globe. Far from banal, ‘Cirque Dreams’ is an entertainment extravaganza that includes world-class acrobats, aerialists, musicians, a touch of whimsy and a dash of audience participation.

Deluxe ships tend to be smaller so the entertainment offering is rarely as lavish as that on mega-ships. Breaking the mould, ultra-luxury Crystal Cruises shows such as ‘iLuminate: Imagine,’ feature an innovative take on musicals where the performance is in total darkness with dancers dressed in black costumes fitted with wireless lights that switch on and off so they appear and disappear.

For more details about entertainment call 0800 484 0370 or click on www.cruisedirect.co.uk.