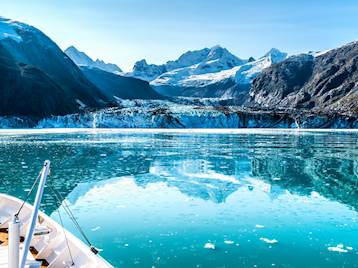 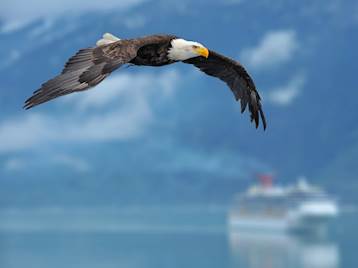 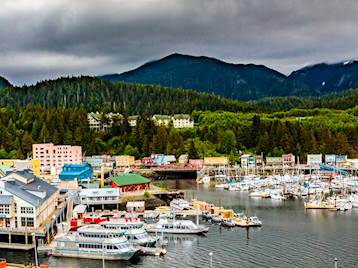 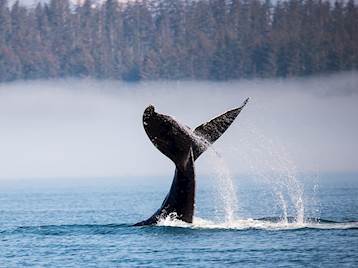 Millions of viewers tuned in for ITV’s recent ‘The Cruise: Voyage to Alaska’ documentary. The three-part series was set on the 3,100-passenger Star Princess as she sailed across the North American state last year. The passengers featured on series four of ‘The Cruise’ embarked on a voyage to the phenomenal destination of Alaska, experiencing the jaw-dropping scenery and magnificent wildlife as pointed about by the enthusiastic Captain Tuvo. Not surprisingly the success of the programme has led to Princess Cruises’ booking numbers to the region to double.

More than a million people take an Alaska cruise every year, making this US state one of the world’s most popular cruise destinations. It’s easy to see why. The dramatic scenery is some of the most awe inspiring that can reached by cruise ship. Virtually all voyages navigate via the Inside Passage - a spectacular labyrinth of islands, inlets, fjords and mountains. With the scenery come countless opportunities for wildlife watching, a wide variety of outdoor activities and the chance to explore the cultures of the many indigenous peoples who have inhabited the region for thousands of years.

Following the success of the programme, Princess Cruises has revealed its most popular Alaska shore excursions last year. In Juneau, the capital city of Alaska, the most popular tour was a visit to the 3,000-year old Mendenhall Glacier; this was followed by whale watching and a host of other local wildlife via a specially-designed catamaran. In Ketchikan - known as Alaska's ‘first city’ - the best-seller was a trip to the Great Alaskan Lumberjack Show. The show includes watching traditional lumberjack activities such as axe throwing, log rolling and a 50-ft tree climb race. Also included is a visit to Totem Bight State Park - an ancient Indian campsite complete with traditional totem poles. In Skagway, gateway to the 19th century gold rush, most visitors headed to a journey on the White Pass and Yukon Railroad. Built in 1898 during the gold rush era, the railroad climbs from sea level to almost 3,000 feet and passes waterfalls, mountains, glaciers and the gold trail itself. Princess Cruises has also unveiled a new Alaska shore excursion for 2018. ‘Mendenhall Glacier canoe and Alaska brew adventure’ comprises a two-hour canoe experience offering up-close views of the Mendenhall Glacier, via icebergs and the 377-ft Nugget Falls waterfall, followed by a visit to the Alaskan Brewing Company.

The 2018 season of Alaska cruises starts in April and comprises seven ships sailing in the region, representing the largest ever deployment by Princess Cruises. Because of the remoteness and distances involved, the number of ports of call is small and the most impressive scenery is remote. Excursions can make or break any trip so to get the most out of these cruises it’s essential to dig deep and opt for seaplane and helicopter tours to the glaciers and ice fields.

The Alaska cruise season runs from Mid-May to September, with the driest months being May and June when temperatures range from 10 to 18 degrees Celsius. Even at the height of the season (July and August) the mercury rarely goes above the low twenties and rainfall is frequent, so it’s wise to pack woollies and waterproofs. For more tips and advice call our cruise specialists now on 0800 484 0370.