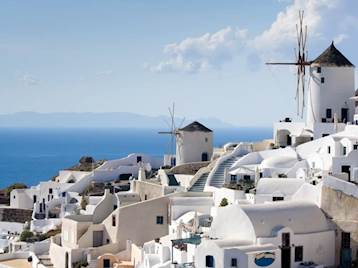 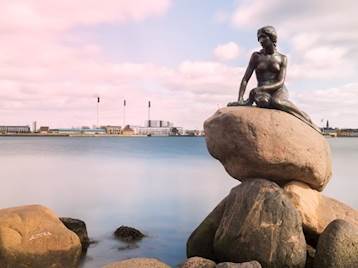 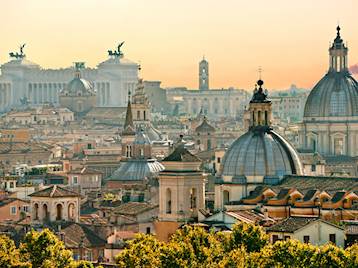 The Western Mediterranean - loosely composed of Italy's western coast, France's southern rim and the entire ring of coastal Spain - is such a perfect cruise region that it enchants those who've returned many times. In addition to a fantastic collection of cities like Naples, Rome, Florence, Monte Carlo, Barcelona, Nice and Seville; the region's smaller towns such as Taormina, Positano, Villefranche, Cannes and Malaga are equally appealing. And then again there are the islands that are at once worlds of their own, yet distinctly reminiscent of their country's cultures such as Corsica, Capri, Elba, Ibiza and Mallorca. Wherever you chose to cruise there’s an embarrassment of arts and culture, surf and sand, café culture and boutique shopping.

Overflowing with flowers, Funchal in Madeira is the perfect winter garden. Santa Cruz on the verdant island of La Palma is unquestionably one of the most charismatic towns in the Canary Islands archipelago; while Tenerife offers unrivalled excursions to Mount Teide or the lush Oratava Valley. From Las Palmas there are a variety of options: Palmitos Park; the banana town of Arucas; and wine-growing town of Bandama.

To sail the Baltic Sea is to criss-cross the centuries-old trade routes followed by medieval merchants and mariners of ancient Hanseatic League cities. Graphic reminders of these prosperous heydays survive in the region’s art and architecture. The cornucopia of ports include: Zeebrugge - gateway to sublime Bruges; Warnemunde - for a full-day excursion to Berlin; and in Tallinn, highlights include the Alexander Nevsky Cathedral and pink baroque Toompea Castle. An overnight visit to incomparable St Petersburg is always a bonus - as are calls at Helsinki, Stockholm and Copenhagen.

The Greek Islands are one of the most untrammelled cruising regions in the world. Here a kaleidoscope of ports lures visitors seeking dramatic historical surroundings while others offer exquisite hedonism. From Kusadasi tours visit Ephesus - one of the Seven Wonders of the Ancient World – where the Marble Avenue leads to the Library of Celsus and the richly-carved façade of the Temple of Hadrian. Alternatively the white-washed labyrinth of Mykonos Town is home to trendy bars and chic boutiques; at Little Venice take a table on the balcony of a tavern to watch a sunset of indescribable magic.

Majestic ice-sculpted fjords unfold as you navigate into the very heart of Norway’s fjordland. Europe’s largest fjords such as Hardangerfjord, Eidfjord, Sognefjord and Geirangerfjord are edged by rugged snow-capped mountains interspersed by the glitter of glaciers. Such grandeur totally dwarfs picturesque pasture-ringed villages and coastal fishing towns that cling to hillside and shore. For more details of what’s hot in the world of cruising call 0808 256 6742.