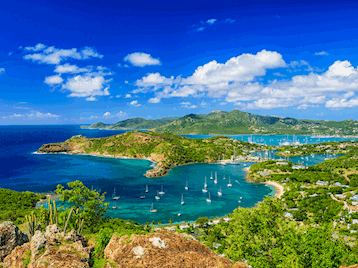 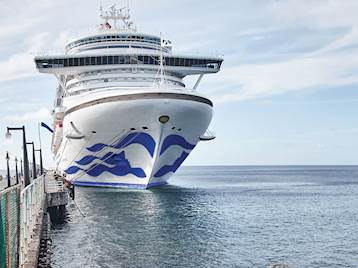 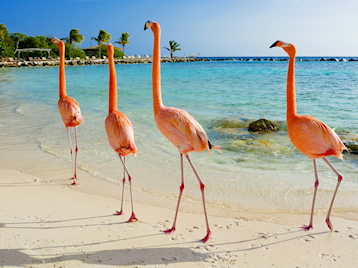 Princess Cruises has announced their Caribbean and Panama Canal sailings for autumn 2020 to spring 2021. A total of five ships will sail the Caribbean, offering guests a choice of 127 departures to 24 destinations in 20 countries in the Eastern, Western and Southern Caribbean. The cruises range in length from four to 20 days.

Following her launch in Southampton in June 2020, the 3,660-guest Enchanted Princess will sail on alternating seven-day ‘Eastern and Western Caribbean’ cruises from November 2020 to April 2021. The similar capacity Sky Princess, launching in October 2019, will sail for the first time on a 10-day ‘Southern Caribbean Voyager’ itinerary, which can be combined for a 20-day ‘Caribbean Explorer’ cruise. Guests can choose from 17 voyages aboard Sky Princess from 5 November 2020 to 30 March 2021. Princess Cruises’ ships will visit several UNESCO World Heritage Sites, including the Belize Barrier Reef System, the Pitons Volcanic Spires in St. Lucia and historical Bridgetown in Barbados. Five ports will offer late-night calls: St Thomas, St Maarten, Cozumel, Aruba and Curacao.

Five ships will sail the waters surrounding the Panama Canal, with 30 departures and nine itineraries, offering three ways to experience its locks – roundtrip from Fort Lauderdale, roundtrip from Los Angeles or sailing between the Atlantic and Pacific Oceans. Voyages range from 10 to 21 days, visiting a total of 23 destinations in 11 countries. Crown Princess and Emerald Princess will sail through the new Agua Clara Locks, offering partial canal transits from the Atlantic Ocean roundtrip from Fort Lauderdale with Costa Rica and Caribbean voyages.

One of humanity’s greatest feats, the 51.2 mile-long Panama Canal bisects the jungle-clad Isthmus of Panama in Central America, connecting the Atlantic and Pacific oceans. Considered one of the ‘Seven Cruise Wonders of the World’, this engineering miracle changed the world by dividing a continent.