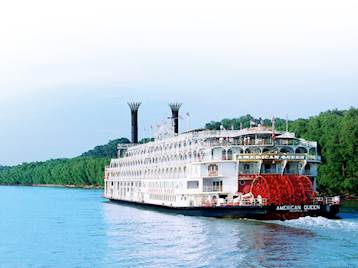 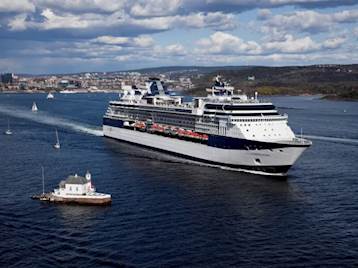 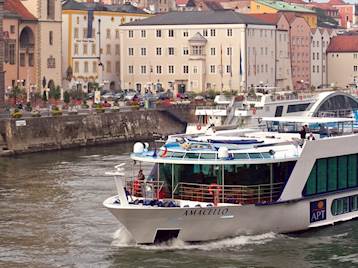 A river cruise is often focused on the destination while an ocean cruise is an experience within itself. This is just one aspect where the two forms of cruising differ – another is river ships have at most three decks plus an expansive sundeck, unlike ocean-going behemoths that can have as many as 20 decks. You can expect to mingle with about 200 passengers on a river cruise and passengers tend to be a bit older and well educated. Though river cruises have been quietly pleasing passengers for decades, they are definitely today’s latest trend.

River vessels provide a unique way of seeing a country’s interior with schedules and meal times geared around the ship’s time in port. Land is always in sight on a river cruise and the scenery is at eye level and passengers simply step on land once the ship is docked. Many itineraries visit several countries in just a few days, attracting culture vultures who want to experience the heart and soul of a country. It is a perfect option for those seeking a self-contained haven of conviviality and exploration.

One restaurant serving buffet-style lunches and waiter-service dinners is the norm on river cruises, with lighter lunches served in the lounge. Tables are for four, six, or eight, so you dine with other passengers and everyone eats at the same time – usually breakfast is from 7 to 9 am, lunch is from 12 to 2 pm, dinner is at 7 or 7.30 pm. The dine-when-you-want-to concept found on ocean cruises doesn’t exist on the rivers. Several upmarket river cruise lines offer a speciality dining option which is usually located at the stern of the vessel. River cruises are all, or almost all, inclusive.  This means that bottled water, wine and beer with meals, some cocktails and even shore excursions are included, so too is Wi-Fi which is often much faster than anything you’ll find on an ocean cruise – no matter how much you pay.

Nightly entertainment comprises local musicians plus a resident keyboard player in the lounge – a far cry from the lavish revue-style shows and state-of-the-art activities on deck such as zip-wires and rock-climbing walls that are now the norm on ocean ships. River cruises don't ban kids, but there's not much to keep youngsters entertained onboard.

Most cabins and suites only sleep two. Except for the lowest waterline deck with high-up windows, most river ships offer French balconies (sliding glass doors that open to the river).  While there’s enough room to stand and lean against the railing, French balconies are mainly for fresh air, listening to the river sounds and connecting with the outdoors. On river cruises, you’re in port for at least some portion of each day and guided group walking tours are included, although more in-depth excursions involving buses and admission tickets often cost extra. To discover which type of cruise is right for you speak to our knowledgeable team on 0800 484 0370.