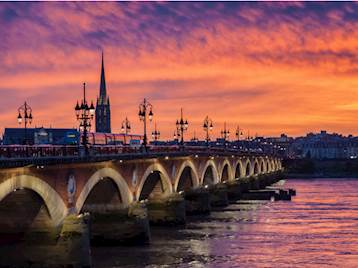 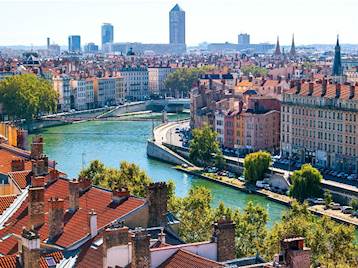 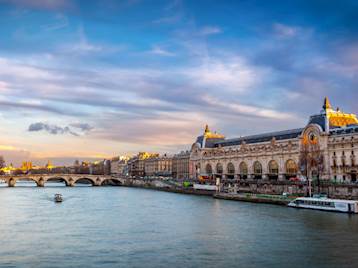 A cruise along the Dordogne, Garonne and Gironde Rivers offers an intriguing weave of history, culture and natural beauty, not to mention wine - all stitched together to create a pastiche with more than a soupçon of joie de vivre. The Gironde estuary is the largest in Europe and has been travelled since the Bronze Age. But the importance of the river was assured in the 12th century when King Henry II Plantagenet married Eleanor of Aquitaine and received the Bordeaux lands as a dowry. The estuary became the waterway for the English king and the wine trade route was established from the region known at the time as Gascony.

The noble châteaux and distinguished mansions that herald arrival at Pauillac reaffirm this as the undisputed capital of the Médoc – home to three of Bordeaux’s five first growth wines: Château Lafite Rothschild, Château Latour, and Château Mouton Rothschild. There are opportunities to visit several châteaux for tours of their esteemed cellars where countless bottles age in the silent darkness. This is followed by sampling a variety of vintages – a treat for dedicated oenophiles.

Rivers are ribbons of liquid history and the Seine is no exception. Rising near Dijon in Burgundy, this humble, slow-moving river flows through the heart of Paris, passing under 37 bridges. Leaving the City of Light, the Seine meanders through Normandy before entering the English Channel in a broad estuary near Le Havre. This convoluted river has set the stage for many tumultuous events. In AD 885 the Vikings used the Seine to invade France, rowing hundreds of longboats and a 40,000-strong army inland to the heart of the country; and in the Middle Ages, Joan of Arc – the Maid of Orleans - was martyred in Rouen.

From Vernon, tours visit Giverney to see the house where Claude Monet lived for more than four decades. Inspired by tranquil scenes from the Japanese prints he collected, the leading exponent of the Impressionist movement diverted a river to form a pond which he filled with water lilies. He planted willows and bamboo on the banks and constructed an arched wooden footbridge across a narrow point in the pond. It’s a romantic scene worthy of a chocolate box cover.

Slowly flowing towards the Mediterranean Sea from the stunning city of Lyon, the Rhône cuts a serene path through the heart of France. Medieval cities and Roman ruins line the waterway as it journeys south through ancient villages and prosperous towns. Gallic heritage can be experienced on every bend of this beautiful river, from the rustic settlements dotted hither and thither to the acres of wine-producing vineyards. There’s the chance to explore charming Provençal villages and historic cities like Avignon and Arles – gateway to the unspoiled Camargue. Whatever river floats your boat, call our experienced team on 0800 484 0370.