The christening ceremony of MSC Meraviglia

The christening ceremony of MSC Meraviglia 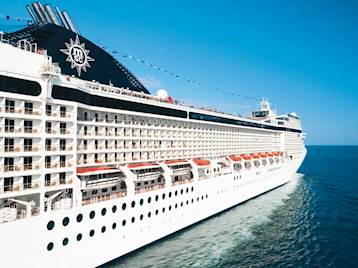 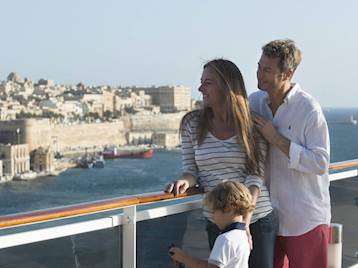 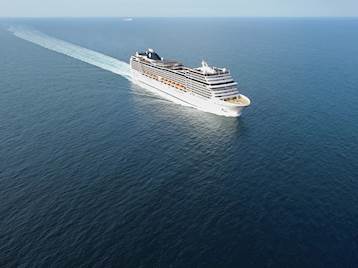 The christening ceremony of MSC Meraviglia in June was a star-studded occasion in the French port of Le Havre. Italian film icon Sophia Loren served as Godmother for the ship during the event, slicing a blue ribbon to send a bottle of champagne smashing against its hull. The nearly two-hour ceremony also included a musical performance by well-known French singer and actor Patrick Bruel and a performance by French pop group Kids United. French-Moroccan comedian Gad Elmaleh emceed the event, which ended with a fusillade of fireworks that were visible across Le Havre. No one was surprised that the ship’s name means 'wonder' in Italian.

Taking the cruise world by storm, it is the largest ship in the world in terms of capacity – accommodating no fewer than 5,700 passengers. This behemoth has water parks, as well as a wealth of entertainment areas. There are two covered promenades - the whole ceiling of the inside promenade is covered with a giant LED screen offering a digital sky that transmits popular events as well as vistas, sunrises, sunsets and the starry night skies.

Accommodation includes 'cluster cabins', which allow up to three cabins to be opened up to accommodate 10 guests - perfect for families. The ship also has a key-card access Yacht Club luxury enclave spanning three decks that comes complete with solarium, swimming pool, lounge and restaurants.

There are 12 restaurants including speciality dining options such as Eataly – for gourmet Italian cuisine; Butcher’s Cut - an American-style steakhouse with specialty meats from around the world; and the Kaito Teppanyaki Restaurant and Sushi Bar. The Marketplace Buffet is open 20-hours a day, and serves Mediterranean specialities and international cuisines - including ‘world food’, ‘itinerary’ and ‘wellness’ corners.

‘Cirque de Soleil at Sea’ stages two exclusive shows six nights a week in the Carousel Lounge - a performance space with a 180° circular glass wall, featuring cutting-edge technology. The 82-ft main pool is the largest at sea; which by night is illuminated with special lighting. There’s a 33-ft indoor pool with a magrodome that can be opened in good weather. At night the Aft Pool is transformed into a dance space and is open until late.

For the first time on any MSC ship, facilities for families, children and teens are in one place in an amusement park and children's area. Features include the DOREMI Studio Lounge for all family activities; and the DOREMI Tech Lab - a must for technology-minded kids. Further information is available from our team on 0800 484 0370.