Trump's Ban On Cruises To Cuba

Trump's Ban On Cruises To Cuba 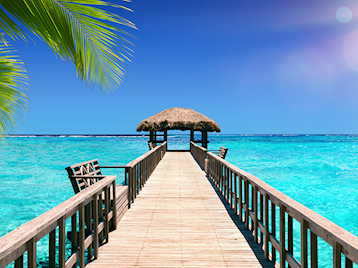 President Trump’s ban on Americans travelling to Cuba is having a devastating effect on cruises in the region. On 4 June his administration issued new regulations which immediately eliminated the people-to-people exchanges under which most cruises to the island were permitted. The effect of the ban means that cruise ships are no longer allowed to travel between the U.S. and Cuba.

Cruise travel from the United States to Cuba began in May 2016 following President Obama’s historic visit. It immediately became the most popular form of leisure travel to the island. The Cruise Line Industry Association said that the policy change came without warning and has forced cruise lines to eliminate all Cuba destinations from their itineraries with immediately effect. This impacted roughly 800,000 passenger bookings scheduled or already underway. “While this situation is completely beyond our control, we are genuinely sorry for all cruise line guests who were looking forward to their previously booked itineraries to Cuba,” the organization said.

MSC Cruises, which has long offered cruises to Cuba, said in response to the new regulations it will modify all its cruise itineraries for MSC Armonia previously scheduled to call there. Alternative ports of Key West; Costa Maya, Mexico; George Town, Grand Cayman; or Cozumel, Mexico will replace Havana, the Cuban capital. The remainder of MSC Armonia’s itineraries will remain as originally planned.

Havana was due to be an inaugural port for Virgin Voyages new Scarlet Lady. The five-night ‘Riviera Maya’ sailings will now call at Cozumel and Playa Del Carmen. The four-night ‘Fire and Sunset Soirées’ cruises have a sunset departure from Key West and a midnight sailing from Virgin’s private resort on the Bahamian island of Bimini.

The impact of the travel ban to the largest island in the Caribbean, just 90 miles from the United States, has left Brits with few options. For those who want to visit this island that’s brim-full of fascinating history, their best option is Marella Cruises. There are three 14-night cruises aboard Discovery 2 that call at Havana. These set sail from Montego Bay on 7 and 21 January as well as 4 February 2020.