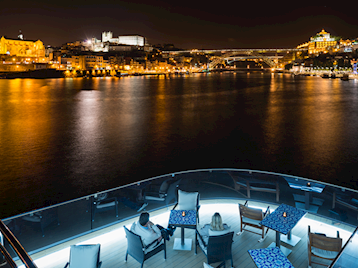 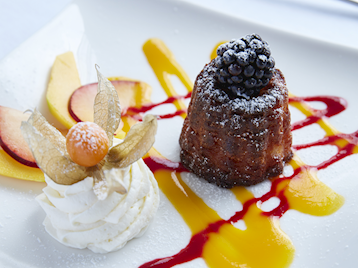 Viking River Cruises is launching a brand-new vessel on the Douro in 2019, taking the fleet in Portugal to four ships. Each vessel is specifically designed to negotiate the enchanting river valley which is the world’s oldest demarcated wine region and a UNESCO Site. Accommodating 106 passengers, this ship will include many features that have proved so popular on the Longships such as the Aquavit Terrace and Viking’s chic signature Scandinavian design.

One of Viking’s most popular itineraries, ‘Portugal’s River of Gold’ sailings begin with a two day stay in Lisbon where there’s a walking tour through the Arab-flavoured Alfama District with its narrow, labyrinthine streets. There’s also the chance to visit the Jerónimos Monastery, one of the most prominent examples of late-Gothic Manueline style of architecture, the Belém Tower as well as the soaring Monument to the Discoverers. During the journey to Oporto a stop is made at Coimbra, birthplace of six Portuguese kings and home to one of Europe’s oldest universities.

At Oporto – known as the ‘City of Bridges’ - guests embark their Viking vessel in Villa Nova de Gaia, across the Douro River from the historic Ribiera District. After admiring the city’s baroque cathedrals and romantic buildings from the 16th through 19th centuries nestled together on narrow cobblestone streets, there’s a visit to a typical port winery. The next morning the eight-day round-trip cruise exploring one of Europe’s most renowned wine-growing regions gets underway.

From Régua, which overflows with renaissance architecture, there’s an excursion to Vila Real, site of the baroque Mateus Palace. This was the home of the last count of Vila Real and its pinnacled façade; grand stairway; richly appointed interiors and priceless objects d’art are astonishing, so too are the enchanting formal gardens featuring cedar-lined walkways. The cruise continues past picturesque terraced vineyards enroute to Castelo Rodrigo. The following day there’s a visit to Salamanca in Spain. This ancient city, a UNESCO World Heritage Site, is a living museum that takes visitors back to the Middle Ages.

The following day lunch is on offer at Quinta da Avessada, a rustic centuries-old winery in the heart of the Douro Wine District. Guests rejoin their ship in Pinhão before setting sail to Régua where the baroque Sanctuary of Our Lady of Remedies dates back to the 14th century and is still used by pilgrims today. Next day sees a return to Oporto, but not before a farewell dinner on board accompanied by a variety of port wines. It’s possible to extend the trip and enjoy two additional days in Braga, Portugal and Santiago de Compostela, Spain.