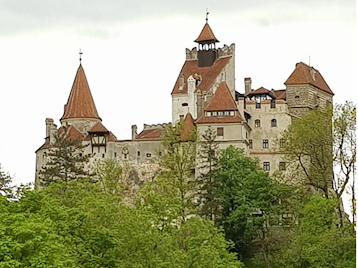 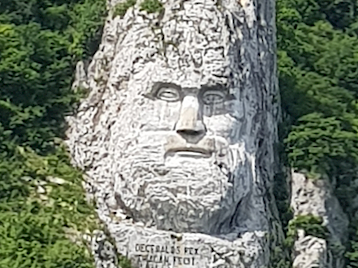 Once hidden behind the Iron Curtain, the eastern Danube still has secrets to reveal. Traditionally the majority of river cruise ships have focused on the upper Danube; now there’s the chance to sail the less travelled, but no less spectacular, stretch of the eastern Danube on a Viking River cruise tour. Sailing between the Hungarian capital of Budapest and Giurgiu – a short drive south of the Romanian capital of Bucharest, these 11-day tours visit five countries and have seven included guided tours. There’s also the option to visit Transylvania on a 3-night pre- or post-cruise extension.

From the dawn of civilisation, the Danube has ranked among the world’s most storied rivers. Over the past two millennia it has seen the passage of Roman legions, crusading knights and all-conquering Ottomans. Full of eastern promise, the waterway flows through a rich mosaic of sturdy medieval forts and pastoral villages. At strategic points along the watercourse cities flaunt their Belle Époque architecture while others are shedding their gloomy neo-Stalinist tower-blocks.

The ‘Passage to Eastern Europe’ 11-day cruisetour includes a two-night stay in Budapest - the most cosmopolitan city in Eastern Europe. Ports of call during the cruise include Kalocsa - Hungary’s capital of paprika - where guests enjoy an organ recital in the 18th century Assumption Cathedral; then the tour heads to the Bakodpustza Equestrian Centre for a display of superb horsemanship. Osijek, the main city in Slavonia (north-east Croatia), was rebuilt in the Baroque style under Habsburg rule in the 17th century; in the Holy Cross Church a young soprano gives a superb rendition of choral works just for Viking guests.

In the Serbian capital Belgrade, Art Nouveau buildings sit cheek-by-jowl with dismal concrete constructions reflecting a history of Capitalism and Communism. Separating Serbia from Romania in the Carpathian Mountains is The Iron Gates - four narrow gorges that make up this 83-mile stretch of waterway bounded by steep cliffs, the highlight is a giant rock sculpture of the Dacian King Decebalus. From Vidin, tours climb to the red rock pinnacles at Belogradchik; while Ruse is the starting point for tours to Veliko Târnovo - renowned for its Tsarevets Fortress and Samovodska Charshiya - as well as the village of Arbanassi with its famous Nativity Church.

The cruise on board one of Viking River Cruises innovative Longships ends at Giurgiu, but the cruisetours include a two-night exploration of Bucharest - a city overflowing with Belle Époque architecture and leafy boulevards. There’s also the chance to see the People’s Palace - the second largest building in the world. Highlights of a three-night post-cruise extension trip to Transylvania include Peles Castle – summer residence of the Romanian Royal Family until 1947; as well as Bran Castle - a bastion of imposing towers and turrets best known for the myth created around Bram Stocker's Dracula.